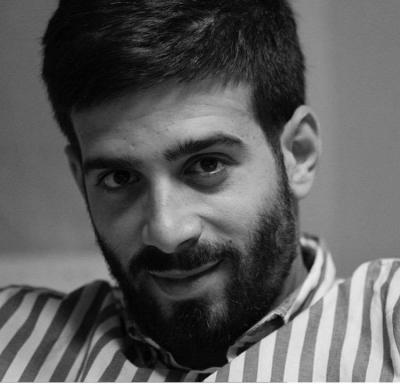 A 6-month administrative detention order was issued on 10 June 2016 against Addameer Media Coordinator Hasan Safadi, who had been under interrogation for forty days.

Safadi was set to be released on 10 June 2016 based on a decision from the Magistrate Court in Jerusalem, on a bail of 2500 NIS and third party guarantees, which had already been paid. Later on the same day, Israeli Minister Avigdor Lieberman signed an administrative detention order against Safadi, which effectively overrode the court’s decision for his release.

The public prosecution claimed that Safadi is affiliated with an illegal organization and has visited an enemy state (Lebanon) more than one time. It also claimed that he has illegal activities without specifying the details of these activities, in addition to claiming that he is affiliated with other detainees without identifying the names of these detainees. A six month administrative detention order was issued against Safadi starting from 10/06/2016 and ending on 10/12/2016. Hasan Safadi’s administrative detention order is issued under the Emergency Regulations Law (1979), which applies to Israeli citizens and Palestinian residents of Jerusalem. Administrative detention is a procedure that allows the Israeli government to hold detainees indefinitely on secret evidence without charging them or allowing them to stand trial.

If Safadi’s administrative detention order is confirmed, he may be detained indefinitely due to the possibility of renewal every six-months. Safadi, like other administrative detainees,  will not be informed of the reasons for his detention; neither will his attorney. At the judicial review of a detention order, which is held in a closed hearing before a judge, the judge can uphold, cancel or shorten the order.

Safadi has been working as the media coordinator at Adddameer Prisoner Support for three years. Safadi holds a Bachelor degree in Media and Journalism with a minor in political science from Birzeit University in Ramallah. He has participated in many conferences and trainings, including a training on the documentation of torture.

Safadi’s arrest came as part of a collective arrests campaign that targeted Palestinians, including journalists and civil society activists since the beginning of the popular uprising, which began in October 2015. This campaign is a systematic policy and a method of collective punishment. This constitutes a violation of Article 19 of the International Covenant on Civil and Political Rights (articles 1 and 2) that stress the individual’s right to have and express his or her opinions in any means (whether written or spoken) without harassment.

Safadi is the oldest amongst 5 siblings (3 sisters and 2 brothers), his family lives in Beit Hanina - Jerusalem. Safadi’s family was prepared for his release and they paid a bail of 2500 NIS and third party guarantees. The family was shocked after being informed that an administrative detention order was issued on the day of his scheduled release. This unexpected turn of events is likely to cause psychological issues for the detainee and his family members, associated with the inability to foresee his release.

Hassan’s mother gave the following statement to Addameer: "When I first heard the news of the release of my son, I felt as if Friday is going to be the first day of Eid. I ironed Hasan’s favorite shirt and bought nice clothes for his younger siblings in order to welcome their brother. Hasan’s father invited relatives and friends for dinner at our house, to share with us the joy of Hasan’s release. I could not sleep that night from joy and excitement and could not wait to see my son sitting among us at home again. The next morning, on the day of his expected release, I went with Hasan’s father to the court carrying the amount of money required for his release. Hasan’s father paid the money and signed a pledge to abide by the conditions given by the court. Then, we began to wait. We waited at the door of the courts for long hours, and later, we got the news that Hasan has been placed under administrative detention. I did not know how I received the shocking news. I started crying loudly for the first time since Hasan’s arrest. I could not help but think of what I was going to tell his siblings who were waiting for Hasan at home, all the relatives and friends. When we got to the house his siblings started asking so many questions and when they knew that Hasan won’t be home for an additional six months, they were shocked for almost two days. And they still ask about him every day, hoping one day my answer will be that he is coming back tomorrow.”