As of December 2017, there were approximately 320 prisoners originating from the Gaza Strip in Israeli prisons. One of these prisoners is still held under the legal regime created by the Unlawful Combatants Law (see section on administrative detention), which allows for the detention of an individual who, amongst other things, “is a member of a force perpetuating hostile acts against the state of Israel” and who is not entitled to prisoner of war status under international humanitarian law.

The number of Gaza residents held in Israeli prisons at the end of the month since January 2010 until December 2017.

In June 2007, as part of its policy of treating the Gaza Strip as an enemy entity and isolating it geographically through restrictions on the movement of people and goods following the 2006 Palestinian legislative elections, Israel implemented a total prohibition on family visits to prisoners from Gaza. In addition, starting in November 2009, Israel has effectively prevented these prisoners from receiving money from their families to buy basic necessities by requiring that transfers of money be conditional on the physical presence of a family member at an Israeli bank-an impossibility for families residing in the Gaza Strip.
As a result, Palestinians from Gaza detained in Israeli prisons became completely isolated from the outside world. They are largely unaware of the major events taking place in the lives of their families, including the deaths of close relatives. Similarly, their relatives are kept in the dark about their general detention and health conditions. These prisoners’ access to basic necessities is also severely limited since such supplies are usually brought by family members during visits or purchased by prisoners from the prison canteen with funds transferred from their families.
Israel’s policy has been condemned, among others, by Palestinian and Israeli human rights organizations, the International Committee of the Red Cross (ICRC), and the UN Fact-Finding Mission on the Gaza Conflict in its report on the 2008-2009 Israeli offensive. On 9 December 2009, however, the Israeli High Court of Justice ruled against two petitions filed by Palestinian and Israeli human rights organizations in 2008 protesting the legality of the ban on family visits. The court held that the right to family visits in prison is not within the “framework of the basic humanitarian needs of the residents of the Strip, which Israel is obligated to enable”.
During Palestinian prisoners’ mass hunger strike in April 2012, one main demand of the prisoners was to reinstate family visits to Gaza prisoners. Though Israel agreed to resume the visits upon the conclusion of the hunger strike, as of 30 August 2012, only around half of the 445 Gaza detainees had received one family visit, and it remains unclear whether any will receive consistent visits.

On 7 July 2014, the Israeli government launched a devastating military offensive against the Gaza Strip. By 26 August 2014, more than 2000 Palestinians had been killed and large areas of Gaza, including schools, residential housing and hospitals were razed to the ground. The military offensive, codenamed Operation Protective Edge by the Israeli military, were 50 days of death and destruction. During the military action, large numbers of Palestinians, including children, were arbitrarily detained by the Israeli military. During the military assault on the Gaza Strip, Approximately 60 fishermen from Gaza Strip were arrested in the year, and a number of business people and ill people were arrested while traveling between the Gaza Strip and West Bank. Also, the occupation forces arrested more than 200 Palestinians and subjected them to military interrogation as an attempt to gather information about the Palestinian resistance, contradicting the basic principles of International Humanitarian Law which distinguish between civilians and militants or other fighters during armed conflict. This is a clear violation of articles 13 and 17 of Third Geneva Convention on the treatment of Prisoners of War, and articles 71, 31, and 32 of Fourth Geneva Convention on the Protection of Civilians in Times of War. Dozens of detainees from the Gaza Strip were subjected to cruel physical and psychological torture under the so-called military interrogation - a type of interrogation where the Intelligence Services are allowed to used the ugliest types of shabah, shaking, and severe beating, arguing that subjecting a detainee to such to obtain information might save the lives of Israelis.
The detention of people in these circumstances amounts to a contravention of the obligation to act humanely toward those deprived of their liberty recognized in many human rights treaties and conventions. A significant number of detainees were used as “human shields” by the Israeli military during the assault. The Report of the United Nations Fact-Finding Mission on the Gaza Conflict concluded that such action is prohibited by international humanitarian law and: “puts the right of life of the civilians at risk in an arbitrary manner and constitutes cruel and inhuman treatment. The use of human shields is also a war crime.” A number of people detained in Gaza during Operation Protective Edge were brought to Israel and incarcerated in Israel Prison Service facilities. Some of these have been subsequently released back to Gaza whilst other were tried and sentenced to terms of imprisonment within Israel.

The 26-year-old young man Mohammad Al Agha was arrested on 18 July 2014, during the military ground attack on Gaza. In his affidavit to Addameer lawyer on 11 November 2014 in Eshel Prison, he provided a detailed explanation of the process of the military interrogation that he was exposed to in Ashkelon Interrogation Center. He said: 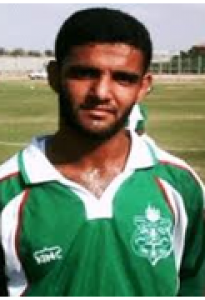