<div style=">Walid was arrested by IOF more than once and was held in administrative detention on numerous occasions. His most recent detention occurred on 15 May 2011, where he was immediately put in isolation. During this detention period Walid was transferred to a number of isolation centers and was only released from isolation after an agreement between the Israeli Prison Service (IPS) and the prisoners, concluded the mass hunger strike in May 2012, which Walid took part from 17 April to 14 May 2012. After one week of the agreement all but one isolated prisoners were transferred back into the regular prison sections. Walid was then transferred to Megiddo, Ofer and Naqab prisons before being released on 6 September 2012.

LEGAL STATUS
Upon his arrest by Palestinian preventative security forces Walid was transferred to Juneid prison in Nablus. After 24 hours he appeared before the Magistrate Court in Nablus, where he had his period of detention extended for 15 days.
Upon expiration of this extension period, Walid again appeared before the court on 3 October 2012, where the judge, Imad Thabet, issued an order for his immediate release with a conditional fine. However, the preventive security forces disregarded this ruling and refused to release him. The following day Walid was again brought before the same court with the same judge, only to have his release order cancelled and his detention period extended for a further 15 days. Walid was not charged or interrogated (His only interrogation was for two hours on the first day of the arrest).
In protest of his continued detention in spite of the court’s ruling to release him, Walid launched a hunger strike, which he continued for 3 consecutive days. Walid subsequently announced hunger strikes a number of times and was on hunger strike for a total of 12 inconsecutive days.
Walid was surprised to find that on his next court appearance a list of charges was presented, which included two main sections. The first related to the possession of a weapon, which he was acquitted of, while the other related to belonging to an armed militia. Walid denied all the charges and was not interrogated.
On the 24th of October, based on his lawyer’s request, the judge agreed to release him, again with a conditional fine, and was released the same day. However, Walid is required to appear at his regular court sessions until a decision regarding his case is made and if he fails to do so the fine will be imposed.
ARREST (IOF)
Walid was arrested from his home at 1 am on 15 May 2011. Twenty Israeli soldiers and intelligence officers surrounded his apartment building and forced everyone out the building before searching Walid’s apartment. Walid was interrogated by an intelligence officer inside his home for half an hour before being arrested. His arrest was surprising to the family since he had just been released three months before.
After two days of the arrest his family found out that was being held in Megiddo prison. Less than a week his arrest he was given an administrative detention order for six months and was transferred directly to isolation in Nafha prison. He is currently in the same cell as Bajes Nakhleh, who is also an administrative detainee from Jalazon camp in Ramallah. Bajes was transferred to isolation and administrative detention at the beginning of his arrest.
16 YEARS IN ISRAELI PRISONS
In total Walid has spent 16 years in Israeli prisons. Since 1993 Walid has been detained on numerous occasions, with only a small period of time separating each arrest. When he was arrested in 2007 he became the longest serving detainee in administrative detention until he was released on 26 January 2011, before being arrested again.
First arrest: 28 April 1993 – 11 October 1993. (Sentence) Al Fara’a.
Second arrest: 13 February 1994 – 30 May 1995. (Administrative detention) Megiddo.
Third arrest: 22 September 1995 – 25 October 2000. (Sentence) Megiddo, Hadarim, Jalameh, Nafha.
Fourth arrest: 3 July 2001 – 18 August 2006. (Administrative detention) Megiddo, Naqab, Ofer, Petah Tekva interrogation center.
Fifth arrest: 18 May 2007 – 26 January 2011. (Administrative detention & sentence) Ayalon (Isolation).
Sixth arrest: 15 May 2011- 6 September 2012. (Administrative detention) Nafha (Isolation).
FAMILY
Walid has been married to Mrs. Rokaia Awad since 2000 and have two daughters together, Ala’ (10 years old), Aya (4 years old). Their oldest daughter Ala’ was born while her father was in Israeli prison.
His wife has been denied from visiting for him for security reasons and during his previous periods of detention only received a permit once a year. His mother, who is 60 years of age, was given a permit to visit only once since he was arrested. Although he was visited by his mother, brothers and sisters, his father, who is 70 years of age, did not receive permission to visit him.
In the previous detention, where he spent two years as an administrative detainee in isolation in Ramleh prison, none of Walid’s family members was allowed to visit him.
EDUCATION AND WORK
Walid received a Bachelor’s degree in Business Administration while in prison. Before being arrested by IOF Walid was as an editor with Falastin Newspaper in the West Bank.
CONDITIONS INSIDE THE PRISON
Walid suffers from migraine and kidney problems. Although he was receiving treatment inside the prison, the actual problem for Walid is that he is completely isolated from the outside world. He was denied family visits and he was not allowed to have any contact with other prisoners. He was also denied access to books and only has the Qur’an. He spent his time in the cell exercising, writing and reading the Qur’an.
WALID THE JOURNALIST, WRITER AND AUTHOR
Walid’s long years of detention has not broken or limited his writing. His writings include:
1)      A book about the Islamic faith (yet to be published)
2)      A brochure entitled ‘Unlike the Mainstream’ which is about lessons in Islam and Resistance Education (published).
3)      A novel entitled ‘Trial of a Martyr’, which was recently published by Palestine House for Studies and Publishing in Syria. Walid is hoping that his novel will be converted into a movie or a series in the future.
4)      A large number of published and unpublished poems. He has started making a poetry collection with all of his poems.
5)      Many political and religious articles, some of which have been published.
It should be mentioned that most of his writings were written from inside prison. 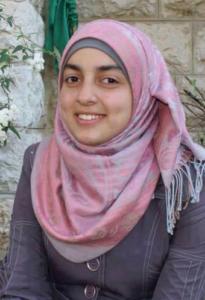 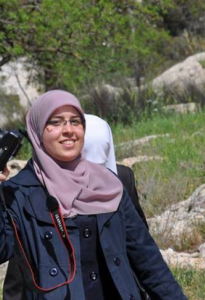