Age:
47 years
Address:
Araba
Marital Status:
Married, with five children
Profession:
3rd year university student
Date of Arrest:
22.11.2012
District:
Jenin
Legal Status:
Administrative detainee
Last Update:
02.02.2013
.Click here to download a PDF of Tarek Qa‘adan‘s profile.
Name: Tarek Hussein Awad Dar Hussein Qa’adan
Residence: Arraba, Jenin
Arrest: 22 November 2012
Date of Birth: 27 October 1972
Marital Status: Married, with 5 children
Occupation: 3rd year university student
Expected end of current administrative detention order: 22 February 2013
Hunger Strike Started: 27 November 2012
UPDATE 28 May 2013 – Tarek was released on 8 May 2013 after ending, on 27 February 2013, his 92-day hunger strike. Tarek began his hunger strike on 28 November 2012 to protest his arbitrary arrest and detention after having been re-arrested on the morning of 22 November 2012 and given an order of administrative detention for three months.
Arrest
In the late hours of 22November 2012, a large convoy of Israeli Occupying Forces (IOF) soldiers raided Tarek Qa’adan’s home and arrested him. Tarek was transferred to Salem Interrogation Center where he was interrogated about his community in Arraba near Jenin, and then transferred to Megiddo prison without confessing to any accusations during interrogation. Tarek was arrested merely hours after a ceasefire was announced following the latest attacks on Gaza. The IOF arrested 55 Palestinians across the West Bank, including several ex-prisoners on the night Tarek was arrested.
After six days of detention, Tarek was put under an administrative detention order for three months, meaning he is currently being held without charge or trial. He announced an open hunger strike on 28 November 2012 in protest of his arbitrary arrest and subsequent administrative detention.  His health is deteriorating rapidly; he suffers from constant vomiting, depletion o B1 vitamins, dizziness, headaches and weakness. On 24 January 2013, his 58th day on hunger strike, the Israeli Prison Service’s doctor said that Tarek was at risk of dying from a heart attack at any given moment.
Previous Arrests
Tarek has been arrested thirteen times by the IOF since 1989; in most cases he has been held under administrative detention. In his most recent arrest, he served a fifteen month sentence in Megiddo prison before being released on 8 July 2012. Tarek’s repeated arrests have prevented him from continuing his university education and from holding a stable job or career.
Hunger Strike: “We do not just want personal freedom”
Tarek and two other detainees, Jafar Azzidine and Yousef Yassin, announced an open hunger strike after the Occupation’s intelligence issued them each a three month administrative detention order. Jafar and Yousef were also arrested with Tarek during the mass arrest campaign after the Gaza attacks on 22 November 2012.
Tarek believes that this detention is punishment for his solidarity with the Palestinians in Gaza during the latest Israeli attacks, and that the arbitrary arrests after the ceasefire announcement are to distract the Israeli public from the attacks on Gaza by focusing on “achievements” of a mass arrest campaign in the West Bank.
Tarek’s hunger strike is to protest Israel’s unjust administrative detention policy, especially as it has no legal justification. The hunger strike is also in protest of Israel reneging on the agreement it made in the 2012 hunger strikes to curb its use of administrative detention.
Since Tarek, Jafar and Yousef have started their hunger strikes, they have been detained in regular prison cells with prisoners who are not on strike, and the administration refuses to transfer them to their own cell. They visit the prison clinic in Megiddo daily for regular medical testing. For 58 days, Tarek only took water and salt, but on 24 January 2013, after being transferred to a hospital, he began taking glucose. Tarek’s life is in immediate danger as he continues his hunger strike.
It should be noted that Tarek Qa’adan launched a number of individual hunger strikes in solidarity with Khader Adnan and Hana Shalabi, as well as participated in the mass hunger strike in 2012 from 17 April to 14 May, during which he was on hunger strike for 62 days.
Tarek’s family
Tarek’s has 14 brothers and sisters, most who have also been arrested by the IOF at least once.
His sister Mona Qa’adan is an ex-prisoner who was released with thirty other female prisoners during the latest prisoners exchange deal on 18 October 2011. She was re-arrested on 12 November 2012 from her home in Arraba, and underwent harsh interrogation in Jalameh detention center. She is now detained in HaSharon prison, and being charged with accusations from her previous arrest. This is the fifth time Mona has been arrested. She launched a thirty day open hunger strike in 1999 in protest of her detention and interrogation in Jalameh until she was released. She has also been detained under administrative detention twice.
Currently, the entire Qa’adan family is banned from visiting Tarek for security reasons. The Occupation’s intelligence issues a banning order every six months to completely ban the family from visiting Tarek and Mona. During Tarek’s first detention, he was only visited by his young children twice due to other visiting family’s sponsoring them.
Tarek has four daughters and one son. His son Khalid suffers from muscular dystrophy. As there is no adequate treatment for his illness in Palestine, the family is attempting to find him a medical sponsorship abroad where he can receive proper treatment.
ACT NOW!
Here is how you can help Tarek Qa’adan:
*Write to the Israeli government, military and legal authorities and demand that Tarek Qa’adan be released immediately and his administrative detention order not be renewed.
*Write to your own elected representatives urging them to pressure Israel to release Tarek Qa’adan and to put an end to such an unjust, arbitrary and cruel system of incarceration without trial. 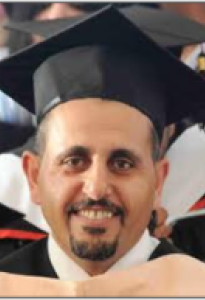 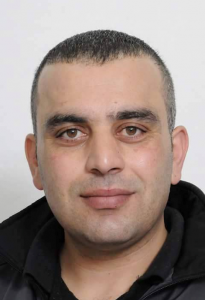