On 20 February 2015, the occupation police forces arrested 14-year-old Rama al-Ja’abees from Salah al-Deen Street in East Jerusalem. The Israeli police forces claimed that Rama possessed a knife. Her age did not prevent her from being harshly beaten during arrest. Rama was then transferred to al-Mascobiyya interrogation center where she spent three days. Rama spent that time in the same room, with her hands and legs cuffed, and with three different interrogators.

Jerusalem’s Central Court decided to place Rama under house arrest until the end of the legal proceedings against her. The decision also included putting a tracking bracelet on Rama, and forcibly transferring her from her house in Jabal al-Mukaber. As a result, her family was forced to rent another house in another village in Jerusalem, called Abu Gush, in order for Rama to move to the new house. After spending 10 months in Abu Gush, Rama was permitted to go back to her family house in Jabal al-Mukaber.

Rama was not able to leave the house at all during the period of her arrest. During the final two months, when the tracking bracelet was taken off, she tried to return to school. Immediately, the occupation police forces contacted Rama’s lawyer and informed him that she is not allowed to go school and that doing so would result in her return to prison.

The beginning of Rama’s Detention:

Rama’s hearings ended on 15 February 2018 when the court ruled to sentence her to 14 months of detention for possessing a knife. The decision did not take into account the time Rama had already spent under house arrest, which amounts to around a year. Rama presented herself at al-Ramleh prison where she was strip-searched and then spent one night before she was transferred to al HaSharon prison the following day.

Rama’s lawyer appealed the court’s decision in the high court, which ruled to reduce the sentence to 8 months instead of 14.

The central Israeli legislation that addresses the arrest and detention of children in Jerusalem is the Trial, Punishment, and Modes of Treatment Law, 5731-1971 (The Youth Law) and namely Amendment 14, which took effect in 2009. While the amendment emphasizes that the arrest of children should only be undertaken as a last resort, in practice, Palestinian children are not afforded this privilege. Systematic arrests and associated discriminatory practices have remained the norm. Palestinian children, for example, are more likely to be arrested than Israeli children and, when arrested, are more likely to be held under interrogation without access to their attorneys and parents.

The common usage of arrest and detainment in regard to Palestinian children in Jerusalem contravenes the Convention on the Rights of the Child, specifically article 37. Additionally, the associated disruption of education and social development unarguably violate the best interests of the child. The policy also breaches the State’s responsibility to make primary and secondary education accessible to children (article 28).

Furthermore, the Convention affirms, “in all actions concerning children, whether undertaken by public or private social welfare institutions, courts of law, administrative authorities or legislative bodies, the best interests of the child shall be a primary consideration.” The practice of arrest and detention of Palestinian children in Jerusalem may be seen as a larger policy of repression and disruption of a population, resulting in the obstruction of social development, the impeding of education, associated financial burdens, and sometimes, relocation outside of his or her home environment in assigned residency.

The Convention on the Rights of the Child emphasis, in Article 27(b), that “No child shall be deprived of his or her liberty unlawfully or arbitrarily.”[1]  The article further states that in the case of arrest, “the arrest, detention or imprisonment of a child shall be in conformity with the law and shall be used only as a measure of last resort and for the shortest appropriate period of time”.[2]

The Convention emphasis,  in Article 2, the principle of best interest of the child, emphasizing that “in all actions concerning children, whether undertaken by public or private social welfare institutions, courts of law, administrative authorities or legislative bodies, the best interests of the child shall be the primary consideration.”[3] These best interests undoubtedly involve treating the children with dignity, freedom from cruel and degrading punishment, the ability to grow, especially through social development, and the pursuit of their education.

In Rama’s case, who was only 14 years old when she was arrested, the Israeli occupation forces unlawfully and arbitrarily arrested her and never took her best interests into account. 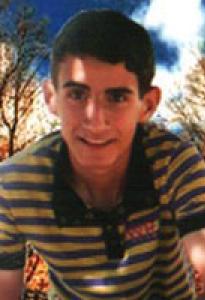 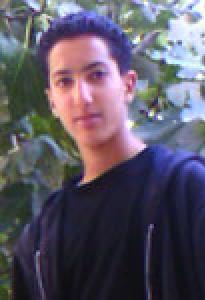