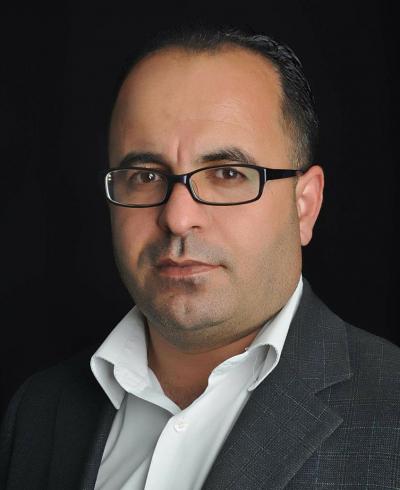 The school teacher Mohammad Sihwail, for what was potentially the ninth time, was arrested on 27 August 2017. He was taken, on Atara checkpoint on his way back home at A’bouin village in Ramallah. Mohammad was at a doctor's appointment that day. Following his initial detainment, he was held for multiple days of interrogation. At the conclusion of this period, he was issued an administrative detention order from the day of his arrest.

Mohammad has been arrest around eight times prior to this latest instance. Of his previous arrests, Mohammad has been formally sentenced 7 times with the remainder having resulted in administrative detention orders. All of these former arrests took place prior to 2010.

Mohammad’s medical condition is critical. He suffers from multiple ailments, including a severe case of asthma, which he has suffered from since his childhood. His condition requires daily treatment.

Additionally, in 2013, it was discovered that he has a rare and cumbersome skin disease. Initially, doctors thought that he might have cancer, and chemotherapy was started. However, during this treatment, Mohammad had a doctor’s appointment at Hadasa hospital in Jerusalem where it was discovered that he did not have cancer but rather a rare skin disease which causes an itchy rash on his genitals. The treatment for the condition included pills, medical ointment, and other intravenous medications. Shortly after, Mohammad was banned from entering Jerusalem which further complicated his situation. The rash spread all over his body and the doctors in the West Bank started giving him cortisone, which caused him to gain around 25 kilograms.

His medical condition worsened following his arrest. His access to the necessary medications was limited severely. Additionally, he developed a severe stomach condition. He was taken to a number of hospitals, eventually being re-prescribed medicine that he was previously taking prior to arrest. Mohammad now takes 14 different pills every day. His condition is not improving at all but rather it is getting worse.

One important factor that has negatively affected Mohammad’s condition while in prison is transfer. Whenever Mohammad has a doctor’s appointment he is transported in what is called al-Bosta. The Bosta is a metal container at the rear of a vehicle, which is essentially open to the elements. It is extremely cold in the winter and unbearably hot in the summer. It is often the case that the transfer from al-Naqab prison to Asqalan hospital or Ramallah would take several days.

Mohammad was given his initial administrative detention order on 28 August 2017. It was for four months and was to end in December 2017. However, the order got renewed for another four months until April 2018. The order was then renewed for a second time, starting from 27 April 2018 and ending in 26 August 2018.

It is important to highlight that Mohammad, like many other administrative detainees, is boycotting the military court. He is being part of the collective action taken by detainees themselves to limit and end the policy of administrative detention.

This practice of arbitrary detention is a grave violation of international law and human rights standards, particularly article 78 and 72 of the Fourth Geneva Convention which states that an accused individual has the right to defend him or herself. The process also violates Article 66 of the Fourth Geneva Convention and the basic standards of fair trial.

Addameer believes Sihwail's detention violates international fair trial standards since administrative detention orders are based on secret information. As a result of the ‘secret’ nature of the information, his legal representatives are unable to fully address the prosecution’s argument that Mohammad constitutes a ‘security threat’. Additionally, it is extremely difficult to believe that someone with such a range of medical conditions, who requires almost constant treatment, genuinely represents a security threat to the occupying state.