On the very first hours of 24th of July 2018, around 1:00 am, the Israeli occupation forces raided the house of the writer Lama Khater in Hebron. The soldiers searched the house and confiscated Lama’s laptop and phone, and without presenting an order of arrest or informing her of the destination she was taken to, they arrested her.

During the arrest, Lama was put in a large military vehicle surrounded by several male soldiers and only one female soldier. The vehicle transferred her to Kiryat Arba illegal settlement South of Hebron. There, she was seated on a chair in a yard and surrounded by the same soldiers who transferred her. She was seated on that chair until 4:00 am which forced her to do her morning prayers on that chair.

After 4:00 am, Lama was taken to a clinic for medical tests. A medic asked her a few questions regarding her medical situation and she informed them that she has Anemia since the birth of the son Yahya.

Then Lama was transferred from Kiryat Arba, to Etzion detention center in Hebron. She stayed in that detention center for another three hours, in a small cell, setting on a chair facing the walls and with a male and female soldiers. Lama was carefully searched after those three hours by a female soldiers, who also chained her hand and legs and blindfolded her before putting in her in albosta the prisoners transfer vehicle. This vehicle is a metal box put in a jeep which was really cold and smelled really bad, Lama was put in this vehicle for two hours before it started morning towards Asqlan interrogation center.

Lama suffered from big pressure and threats as an attempt to extract confessions from her over things she did not do. The questioning was related to her writings and journalism. At the beginning an interrogation officer with the called Dove interrogated her, he threatened her by telling her that he will put her in a small filthy room without a light or a toilet. Lama tried to defend herself and she kept telling the interrogator that she has rights that should be respected. Though, the interrogation only responded with shouts and threats. This lasted until 3:00 am until Dove was gone and Haroun another interrogator came.

After the first interrogation session finished, Lama was taken to a small filthy cell without a window, which was around 2*3 meters and with a really dirty toilet and sink. Lama also informed Addameer’s lawyer that the floor and walls of the room were muddy. Soldier brought her some blankets which were not enough, the cell was too cold mainly because of an air-conditioning. At around 5:30 am soldier came again for the count, which is a usual procedure for all prisoners. After the count, they brought her breakfast, which was one piece of bread, a cup on yogurt and jam in a size of a spoon.

Few hours after, at around 8:00 am her second interrogation session started, it lasted for 12 hours ending at around 20:00 pm without any break. Interrogation sessions continued in the same manner for a whole week. During this week Lama was not allowed to use the toilet except during lunch or dinner time, she was also not allowed to do her prayers in her own cell, which forced her to do her prayers setting on a chair in the interrogation room, usually while being in a stress position.

During those sessions, the interrogators focused on psychological pressure through threatening her with her family. The officers showed Lama an interview which was made with her family, showing her children including her youngest, Yahya, who was setting on the ground with his toys. The officers also kept on showing her a video of her husband crying on her and telling her how irresponsible and careless is she.

After all of this pressure, Lama’s health started deteriorating, she was throwing up constantly and then she started feeling pain in her back and knick. She was taken to the clinic after this, where the medics only have her pain killers. When the interrogators saw this deterioration in her health they started telling her that they will allow her to rest and sleep if she confesses on what they want. Lama used to sleep for around 3 hours a day mainly because soldiers outside her cell would either be yelling or playing load music.

The last session of interrogation came at the time of the Muslim holiday, so the interrogations and threats intensified. The officers kept on threatening Lama with her family, they told her that all of her family member would be banned of travelling and they told her if she does not confess she will never see her children except in an interrogation room and chained in a stress position. The threats included giving her an administrative detention order, and also some of her writings, as they have told her they will take her writings to the military court to prove them being dangerous.

Lama as a Writer and a Journalist

Lama is a well known writer who writers in several journals and news agencies. She mainly writes about the Palestinian social and political context. Lama graduated from Hebron University with a BA in the Arabic language.

Lama has 5 children with Yahya being their youngest. Yahya is 24 months old he was taken from his mother’s lap and her to say goodbyes to her like the rest of his siblings. Lama’s husband who is also an ex-prisoner spoke in several interviews about his wife and how she has been targeting for a long time because of her writings. He said that two years ago in 2016 the soldiers came to arrest her but she refused because her son Yahya was too young.

These policies are in direct contravention of international law, including Article 2(1) of the United Nations Convention against Torture (CAT), ratified by Israel on 3 October 1991, which requires any State Party to prevent the use of torture and associated practices.

The right to be free from torture is a fundamental and non-derogable right, guaranteed to all human beings, regardless of detention status. As a state-party to the most essential conventions and treaties protecting this right, including the Universal Declaration of Human Rights, the International Covenant on Civil and Political Rights and especially, the United Nations Convention Against Torture,(1) Israel is under unquestionable international legal obligation to ensure that all prisoners are free from torture, and cruel, inhuman and degrading treatment or punishment. 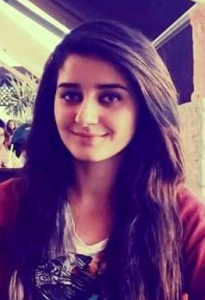 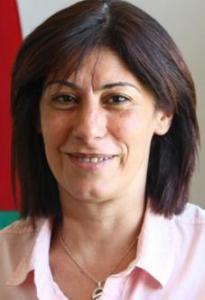