The arrest was sudden and his health condition is deteriorating

Ismaeel Amassi was arrested at Jaba’ checkpoint while he was on his way from Hebron to his work in Ramallah. Israeli occupation forces did not go to his home this time, they did not raid or ransack it as they usually do. They did not ask him the provocative question of whether he wants to say goodbye to his family or not.

Mr. Amassi’s current detention is different. He is 55 years old and his health condition doesn’t allow him to endure the suffering of detention. This is his family’s main concern; Mr. Amassi suffers from heart and nerves problems and needs continuous medical care. He also suffers from high blood pressure and diabetes, both of which require specific daily pills and specific times. According to his daughter, he takes his medicine every day but he doesn’t get examined or receive any appropriate medical care.

Mr. Amassi is married with three children, Nidal, Bilal and Majduleen. Nidal studies medicine outside Palestine, while Bilal and Majduleen work in Hebron. Mr. Amassi is the Director of the Department of Arab Parties in the Palestine Liberation Organization. His daughter Majduleen says, “The thing that concerns us the most in his current detention is my father’s health condition. His age and health condition do not allow him to bear the prison and the transfers as he used to. In the beginning of his detention, his condition was very bad, but he is getting better and his health condition is becoming more stable.”

Mr. Amassi’s family waits at the end of every administrative detention order and hopes that it would be the last. The current administrative detention ends on 10/6/2017, the order confirmation was substantial which means that it will not be renewed and the detainee will be free when it ends. Mr. Amassi and his family are waiting for this day to come in order to be together as a family again.

Mr. Amassi was arrested on 13/12/2015 and received a six-month administrative detention order where the prosecution claimed that he is affiliated with the PFLP and is active in his area within the same political organization. The court confirmed the order and the judge stated that Mr. Amassi’s activities are military based. His lawyer appealed the decision but the Appeal Court rejected it despite the detainee’s statement that he works at the PLO and that he travels to the Arab countries to meet with Arab parliamentarians. Mr. Amassi added that since 2005 he was not interrogated by the police and was not summoned for interrogation either, in addition to the fact that his name was not mentioned the statements of other detainees. However, the judge stated that he has information that proves the opposite and that he is politically active. Mr. Amassi’s order was renewed for six additional months and as usual, the prosecution presented a secret file that they claim proves that the detention was based on his activities with others and affiliation with an illegal organization. Mr. Amassi’s lawyer submitted an appeal against the decision but it was rejected by the Appeal court where the judge wrote that the secret information confirms that the detainee poses a threat and administrative detention is the only choice.

By the end of his administrative detention order, the judge decided to renew it for a third time claiming that the detainee still poses a threat. However, he pledged that he would not renew the order for a fourth time unless new material that proves Mr. Amassi is still dangerous.

The court’s decisions to confirms the orders every time without clarifying the nature of the threat the detainee poses or any other details regarding the information in the secret file confirms that continuing to hold Mr. Amassi under administrative detention and renewing his orders continuously is a grave violation of the international laws and standards that clearly state that administrative detention should not be implemented unless for imperative security reasons. 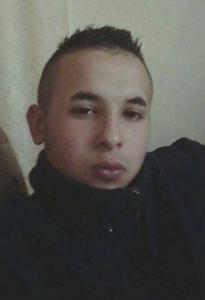 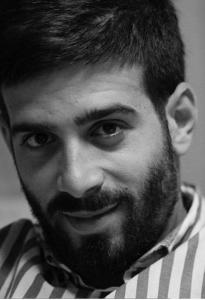