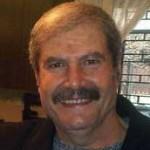 “I hugged him then like I was meeting him for the first time and asked him to promise not to be gone for so long again. Being impeccably honest, he said: ‘I wish I could. They must first get out of our lives before I can make such a promise.’”  -Haneen Qatamish

Here is how you can help Ahmad Qatamish: