Update: Call for Action to Free Our Prisoners 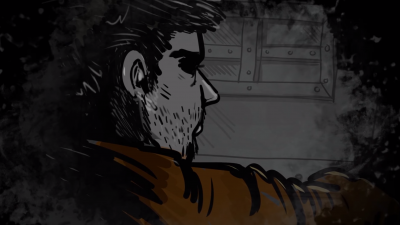 We call on our allies, partners, friends and comrades to join us in an urgent campaign to free all Palestinian prisoners in order to protect them from COVID-19, particularly in light of the increased restrictions on their rights by the Israeli Prison Service.

In light of the recent events detailed below and a long-term precedence of torture, physical violence, medical negligence and inhumane prison conditions, we are alarmed and concerned about the safety and well-being of Palestinian prisoners and detainees.

In early March 2020, the Israeli Prison Service (IPS) halted all family and lawyers’ visits for Palestinian prisoners, citing this measure as a COVID-19 precaution. Furthermore, all trial proceedings in the military courts are postponed indefinitely, and Palestinians undergoing pre-trial detention or interrogation are not brought into court for their detention extensions, further deepening the violations against their liberty and their rights to a fair and speedy trial. Moreover, Palestinian prisoner’s legal representatives are barred from direct communication and only allowed phone calls with them, meaning that they cannot accurately assess the health and safety of the detainees.

In addition to this, on 18 March 2020, Addameer lawyers were informed that four Palestinian detainees under interrogation may have been exposed to COVID-19 transmitted by contact with an Israeli worker at Petah Tikva interrogation center, and who tested positive for the coronavirus. The four detainees were sent to quarantine at the al-Ramleh Prison Clinic. Later on, two of the detainees were released to their families in the West Bank without being tested, the other two after finishing their quarantine were sent to Israeli prisons. Furthermore, Palestinians continue to be arrested from their homes in the West Bank daily, and are immediately placed into quarantines. For example, on 19 March 2020, Israeli occupation forces raided Dheisheh refugee camp and arrested three young men. The occupation forces used excessive force during the raid causing major damage to the homes of those three detainees. The damage reached the doors, walls and belongings of the three homes, in addition to terrorizing the residents of those homes. One of those three detainees is Mustafa al-Hassant who was actually released on 20 February 2020 after sending around 20 months under administrative detention without any charges or trail. Mustafa also went through a hunger strike in summer 2019 protesting his administrative detention. Now, after he was placed in an isolation cell for 14 days as quarantine, the occupation authorities issued him a six-month administrative detention order.

Furthermore, on 31 March 2020, prisoners Nour al-Deen Sarsour was released from Ofer prison, a day after his release the Palestinian Authority tested him for the corona-virus and he tested positive. As a result, nine prisoners, who interacted with Nour while in detention, were transferred and placed in isolation cells to be quarantined without being tested. According to prisoners in Ofer, more prisoners had interacted with Nour with some having high temperatures, but not tested.

Our growing concern for Palestinian prisoners and detainees during the ongoing COVID-19 pandemic grows out of the systematic and routine medical negligence inside Israeli detention and interrogation centers. In 2019, five Palestinian prisoners died in captivity, three of them as a result of deliberate medical negligence, while hundreds suffer from chronic diseases that go untreated. While persons deprived of their liberty around the world are likely to be more vulnerable to potentially catastrophic COVID-19 outbreaks than the general population,[1] Palestinian prisoners in Israeli prisons face dismal detention conditions, including overcrowding, unsanitary conditions, lack of proper ventilation and poor nutrition. These make Israeli prisons dangerous breeding grounds for COVID-19 and compound the vulnerability of Palestinian prisoners. In particular, prisoners have reported that IPS has imposed new restrictions on purchases from the prison canteen, and that they are not provided with proper hygiene and sanitary products, putting them even further at risk of an uncontrolled spread.

This also comes in light of the IPS’s continuous refusal to install landline phones inside prisons as stipulated in the most recent hunger strike negotiations. The refusal to install landlines is clearly an attempt to further distance the prisoners from contact with their families, and on a larger scale, an attempt to fragment the Palestinian population.

Given the newly instated rules and regulations during the COVID-19 pandemic, the International Committee of the Red Cross (ICRC) has remained the only entity permitted direct communication and visits to Palestinian prisoners. Yet, the ICRC has not provided the families or the public with updates on the conditions of the prisoners during the COVID-19 pandemic, particularly those in quarantine.

Despite a multitude of guidelines and recommendations issued by the World Health Organization (WHO),[2] the Office of the High Commissioner for Human Rights (OHCHR),[3] and human rights experts, on the need to prevent the spread of COVID-19 in the context of detention,[4] conditions in Israeli prisons continue to deteriorate. Therefore, we call on all people of conscious to join us in demanding the freedom of all prisoners.

We demand the release of all Palestinian political prisoners to ensure their safety from the rapidly spreading pandemic, particularly those who are more vulnerable and more susceptible to the disease, such as children, female prisoners, elderly, the sick, and the injured;

We demand the release of all Palestinian political prisoners under administrative detention who are detained indefinitely without charge or trail;

We demand the release of all Palestinian political prisoners who are nearing the end of their sentences and/or should be released on probation, due to the over-crowded cells and sections of the prisoners;

[1] WHO, “Preventing COVID-19 outbreak in prisons: a challenging but essential task for authorities,” 23 March 2020, available at: http://www.euro.who.int/en/health-topics/health-determinants/prisons-and-health/news/news/2020/3/preventing-covid-19-outbreak-in-prisons-a-challenging-but-essential-task-for-authorities.

[2] Ibid. See also IASC, “IASC Interim Guidance on COVID-19: Focus on Persons Deprived of Their Liberty (developed by OHCHR and WHO),” 27 March 2020, available at: https://interagencystandingcommittee.org/other/iasc-interim-guidance-covid-19-focus-persons-deprived-their-liberty-developed-ohchr-and-who.

24-01-2023
Commemorating the International Day of Education by Highlighting the Reality of the Right to Education for Palestinian Political Prisoners
03-12-2022
PHROC Staunchly Supports the UN General Assembly Request for an International Court of Justice Advisory Opinion on the Consequences of Israel’s Prolonged Occupation of Palestine
14-12-2022
Urgent Appeal to Commercial Airlines: Avoid Assisting in the Forcible Deportation & Transfer of Human Rights Defender Salah Hamouri