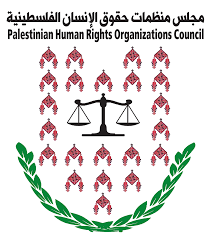 For decades, Israel has failed to uphold its duties as Occupying Power and has instead deepened its occupation and regime of colonialism and apartheid. Human rights violations rising to the level of international crimes, including unlawful killings, torture, forced transfer, and other forms of collective punishment have become the norm. Rather than uphold their responsibilities under international law and take measures to hold Israel accountable, third states have largely turned a blind eye.

Although world governments and international and regional bodies, like the United Nations and the European Union, still lack the political will to hold Israel accountable, the Boycott, Divestment, and Sanctions (BDS) movement has grown to provide an important nonviolent counter-narrative and alternative for achieving the enjoyment and exercise of freedom, dignity, and justice for Palestinians.

The 2005 BDS call, issued by Palestinian civil society, and the Palestinian BDS National Committee (BNC), which leads the global movement, both affirm that BDS is inclusive, rejects all forms of racism and discrimination, and does not target any person or entity based on their respective identity. Rather, the movement targets Israel’s occupation and oppression of Palestinians. Corporations and institutions that aid, abet, or profit from Israel’s denial of Palestinian rights also fall within the purview of the movement.

As the impact of BDS grows, so too do efforts by Israel,  its lobby groups, and supporters to vilify, smear, and attempt to criminalize the movement. Many attempst to falsely associate the nonviolent  movement with discrimination or anti-Semitism; such claims are not only baseless, but also unjustly trample on the rights to freedom of expression and protest, amongst others.

Accordingly, it has become imperative for the Palestinian Human Rights Organizations Council (PHROC) to reiterate the universality of these human rights. PHROC affirms the right of all individuals to participate in and advocate for boycott, divestment, and sanction actions, and calls on states and businesses to uphold their related legal responsibilities.

The Right to BDS

International human rights law supports the right to call for and participate in BDS actions. The International Covenant on Civil and Political Rights (ICCPR) affirms the right to hold opinions without interference and the right to freedom of expression.[1] These rights are interrelated and are the foundation of other rights, including the rights to freedom of assembly and association.[2] Accordingly, the Human Rights Committee has affirmed that the holding of an opinion should not be criminalized.[3] While freedom of expression may be subject to restriction, the call for BDS does not fall within the narrow limitation outlined in the ICCPR. Indeed, the UN Special Rapporteur on the promotion and protection of the right to freedom of opinion and expression has stated “Calling for or participating in a boycott is a form of expression that is peaceful, legitimate and internationally accepted.”[4]

PHROC reminds states, including their legislatures, that many members of the international community have had experiences with boycott, divestment, and sanction measures in the development of their own political systems and have also participated in such measures via the United Nations. BDS actions against apartheid South Africa are perhaps amongst the most memorable and prominent.

Following the European Commission’s issuance of its “Interpretive notice on indication of origin of goods from territories occupied by Israel since June 1967” in November 2015, PHROC issued a statement welcoming the EU’s labeling of settlement products while noting that labeling was insufficient. PHROC again affirms that neither labeling requirements issued by states nor the presence of boycott movements initiated by civil society relieve states of their legal obligation to ban Israeli settlement products from entering their domestic markets.

Under customary international law and as affirmed by the 2004 advisory opinion of the International Court of Justice, in cases of breaches of peremptory norms of international law, all States are under an obligation not to recognize the situation as lawful, not to render aid or assistance in maintaining the illegal situation, and to actively cooperate to bring violations to an end.[6]

If third states do not uphold these and other responsibilities under international law and ensure that Israel is held accountable for its violations of Palestinian human rights, governments should not be surprised if civil society takes peaceful, legal actions to end impunity. Accordingly, states should not prohibit or attempt to limit civil society and human rights defenders from initiating BDS measures against Israel and the corporations and institutions that are implicated in the denial of Palestinian human rights. It is also within the right of corporations and institutions to choose to disengage from activities related to the occupation and/or participate in BDS measures.

[4] Statement by the UN Special Rapporteur on the promotion and protection of the right to freedom of opinion and expression at the conclusion of his visit to Israel and the occupied Palestinian territory, 18 December 2011,  http://www.ohchr.org/EN/NewsEvents/Pages/DisplayNews.aspx?NewsID=11727&…

[5] Former Special Rapporteur on the situation of human rights defenders, Margaret Sekaggya, noted stigmatization associated with human rights defenders, stating “The growing characterization of human rights defenders as “terrorists”, “enemies of the State” or “political opponents” by State authorities and State-owned media is a particularly worrying trend, as it is regularly used to delegitimize the work of defenders and increase their vulnerability. The Special Rapporteur expresses serious concerns in relation to this phenomenon, since it contributes to the perception that defenders are legitimate targets for abuse by State and non-State actors.” UN Doc A/HRC/13/22, 30 December 2009, para. 27, available at http://www2.ohchr.org/english/issues/defenders/docs/A.HRC.13.22.pdf

The Human Rights Committee has also noted that attacks are frequently made against individuals exercising their freedom of opinion and expression, especially against individuals “who engage in the gathering and analysis of information on the human rights situation and who publish human rights-related reports.”[5] Human Rights Committee, General comment No. 34, Article 19: Freedoms of opinion and expression, 12 September 2011, CCPR/C/GC/34, para. 23

[6] See Article 41 of the International Law Commission’s Draft Articles on Responsibility for Internationally Wrongful Acts, which reflects customary international law. See also ICJ. 2004. Legal Consequences of the Construction of a Wall in the Occupied Palestinian Territory, para.159. The Court also declared that it is for all States, while respecting the United Nations Charter and international law, to see to it that any impediment, resulting from the construction of the Wall, to the exercise by the Palestinian people of its right to self-determination is brought to an end.

09-11-2022
Palestinian Organisations to COP27: Climate Justice Demands Free Civic Climate Space
13-11-2022
Addameer Sends a Submission to the United Nations Special Rapporteur on the Situation of Human Rights in the Palestinian Territories Titled “Illegal and Arbitrary: The Deprivation of Liberty of Palestinians in Occupied Territories”
13-11-2022
Addameer Submits Testimony during the Commission of Inquiry on the oPt and Israel's Public Hearings