Learning from Issa: How the Electronic Crimes Law will be Applied 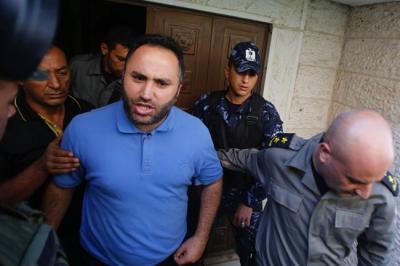 Since the introduction of the Presidential decree, entitled the ‘Electronic Crimes Law’, we have seen a number of detainments predicated on its contents. Though, we have yet to see someone being directly charged under it and how the law itself will be applied in legal proceedings. Issa Amro represents the first such case.

Issa has been charged under Article 20 of the law. This specific article states that, “anyone who creates or manages a website or an information technology platform that aims to publish news that would endanger the integrity of the Palestinian state, the public order or the internal or external security of the State shall be punished…” with a fine between one thousand dinar [$1414  USD] and five thousand dinar [$7070 USD], at least a year of jail time, or both.

The Facebook post, which led to Issa’s arrest, questioned the detainment of Ayman Qawasmeh, the head of Hebron’s Manbar al-Hurriya radio station. Following an Israeli raid of the station three days prior, Ayman was arrested after claiming that, if the PA cannot protect its own people from Israeli attacks, Prime Minister Rami Hamdallah and President Mahmoud Abbas should resign.

Under Article 20, Issa is accused of creating or managing an outlet that publishes news. His questioning of the legitimacy of the PA’s arrest is neither news, nor does it necessarily endanger the integrity of the Palestinian state, the public order, or internal security. The fact that legitimate Palestinian news organizations were in no way penalized for their publication of this information indicates the political nature of the arrest.

As initially suspected, the law therefore covers political criticisms or comments emanating from individuals’ social media pages. The phrase ‘publish news’ is interpreted in a manner that suits the specific aims of the authorities, in regard to silencing criticism or dissent.

As such, in the future, we can expect to see this law used against well known individuals, journalists, and political figures who provide criticisms of the Palestinian Authority, its policies, or its primary figures. The definition of to ‘publish news’ will include not only factual descriptions of events, but also the expression of questions or commentary. We are likely to see less cases of charges based on ‘insulting higher authorities’, and more applications of this decree.