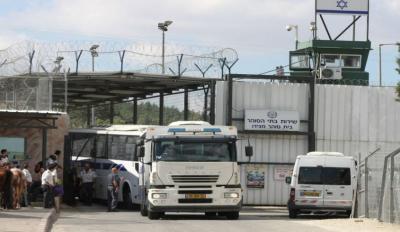 Palestinian prisoners in Israeli prisons and detention centers constantly suffer from clear medical negligence. At the moment, while the world is suffering from the pandemic, covid-19, Palestinian prisoners are still suffering medical negligence. Despite the fact that prisons are over-crowded, rooms, cells and sections are small, and lack proper ventilation the Israeli Prison Services is yet to make clear preventive procedures. In addition to this, Israeli prisons lack sterilizers, cleaning materials, and medications such as antibiotics and necessary nutrition.

This comes in spite of Addameer’s letter to the Israeli Prison Services last week asking about the preventive procedures taken in prisons to protect Palestinian prisoners from covid-19. Addameer did not receive any official response until this moment, though some prisoner were given certain cleaning materials.

The Israeli occupation authorities gave the Minister of Security the authorization to prevent lawyers and visits the entry to detention centers and prisons. They also announced that those instructions are valid for one month subject to renewal for another month. The instructions also included allowing the prisoner or detainee legal counseling via phone call with his lawyer, whether upon his/her own request or the lawyer’s request. The new instructions do not prevent interrogators from taking any procedures against detainees who are yet to be charged.

As for security prisoners who are charged and sentenced, they are allowed a phone call to their lawyer in case of further legal procedures to their files, such as appeals. Those prisoners are allowed one phone call prior to the legal procedure and another after it, but with the supervision of the prison administration. The length of this phone call can also be determined by the prison administration.

As for Israeli military courts, detainees who are held at Israeli interrogation centers, will have their court sessions, extensions of detention periods, with the having both the detainee and his/her lawyer. In cases where the detainee is issued an order banning lawyers’ visits, the ban order will continue as usual despite the state of emergency. As for other procedural sessions, the military court is postponing the sessions.

Even at the Israeli High Court, Addameer found that it was necessary for the court to intervene to end the ban order on meeting the lawyer issued against the prisoner Muhammad Abu Salah. The court found un-necessary to intervene in the ban order despite the state of emergency virus covid-19 have caused.

Finally, the new instruction did allow lawyers visits in certain emergency cases. The suspended visits do not include the regularly conducted visits by the ICRC to Palestinian prisoners. Also, all the mention instructions are taken with all prisoners including Palestinian children in Israeli detention.