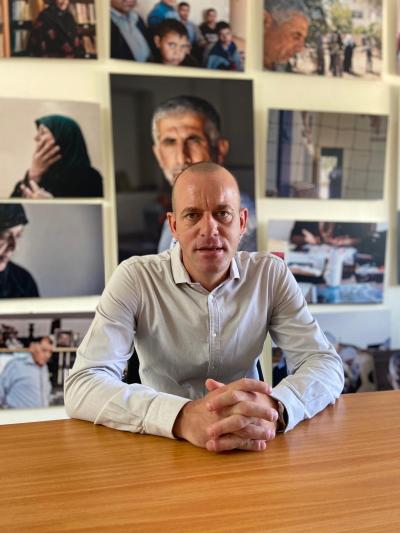 On Wednesday, 30 September 2020, 13 Palestinian and regional human rights organisations submitted a joint urgent appeal to the United Nations (UN) Special Procedures on the imminent threat of forcible transfer/deportation of Salah Hammouri, a Palestinian-French human rights defender and a lawyer at Addameer Prisoner Support and Human Rights Association for “breach of allegiance” to the State of Israel. Addressing six UN Special Rapporteurs, including the Special Rapporteur on the situation of human rights in the Palestinian territory occupied since 1967, the organisations highlighted Israel’s policy of silencing those who seek justice and accountability for violations committed against the Palestinian people, as a tool to maintain its apartheid regime.

On 03 September 2020, Salah was officially notified of the intention to revoke his permanent Jerusalem residency for so-called “breach of allegiance” to the State of Israel. Critically, this is not an isolated incident, as Israel has previously targeted Salah, including by banning him from accessing parts of the West Banks for 16 months, arbitrarily arresting him, and deporting his wife, Elsa Lefort, a French national, separating him from his wife and son.

Based on Israel’s domestic Entry into Israel Law, which is illegally applied to the protected Palestinian population in the occupied East Jerusalem, the Israeli Minister of Interior is granted the authority to revoke the Israeli residency status based on “breach of allegiance” to the State of Israel. Stipulated by international humanitarian law, specifically Article 45 of the Hague Regulations and Article 68(3) of the Fourth Geneva Convention, the protected population in occupied territory does not have a duty of allegiance to the Occupying Power.

Residency revocation has long been used by Israel as a tool to forcibly transfer Palestinians from the occupied East Jerusalem, to reduce and eliminate Palestinian presence therein and to alter demographic facts on the ground. Residency revocations, including punitive revocations, flagrantly violate numerous other provisions of international humanitarian law and international human rights law. Revocation of residency leads to forcible transfer, a war crime under the Rome Statute of the International Criminal Court and a grave breach of the Fourth Geneva Convention. As residency revocations form part of a widespread and systematic policy to transfer the protected Palestinian population, it may also amount to a crime against humanity.

The joint urgent appeal calls on UN Special Procedures to address the imminent risk of transfer or deportation facing Palestinian human rights defender Salah, by urgently intervening to protect Salah’s rights while opposing Israel’s illegal policies and laws targeting Palestinians. The Israeli judicial system allows for unlawful policies and practices to be carried out with impunity and with complete disregard for international law. Accordingly, it is imperative that the international community immediately address Israeli violations. Overall, the organisations urged the UN Special Procedure mandates to:

I.      Call on Israel, the Occupying Power, to halt its legal proceedings for the revocation of Salah Hammouri’s residency status, whether on the basis of “breach of allegiance” or on any other grounds, which, if carried out, will result in violations of his rights to freedom of movement and residence, freedom of expression, and freedom of association, adding Salah’s case to the commission by Israel of the serious crime of population transfer;

-      Al Haq Organization - Law in the Service of Mankind

-      Hurryyat - Center for Defense of Liberties and Civil Rights