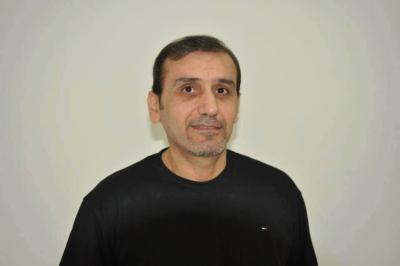 Addameer's attorney Mahmoud Hassan visited hunger-striking political leader Ahed Abu Ghoulmeh on 21 May 2017, in Ohli Kedar prison. This is Abu Ghoulmeh’s first legal visit since joining the hunger strike on 4 May 2017; prior requests were repeatedly denied until a High Court petition on 14 May 2017. Since the beginning of the strike, 17 April 2017, Addameer requested several visits from Israeli Prison Service (IPS) to visit hunger-striking prisoners and detainees, but the IPS either did not respond or rejected the requests.

The hunger strike was launched on 17 April, Palestinian Prisoners’ Day, by 1500 Palestinian political prisoners in Israeli prisons and detention centers. The prisoners have a range of demands, mostly highlighting basic needs and human rights, including an end to the denial of family visits, the right to proper health care and medical treatment, the right to pursue distance higher education and an end to solitary confinement and administrative detention, imprisonment without charge or trial.

Since joining the strike, Mr. Abu Ghoulmeh has been transferred six times (four days between each transfer). Abu Ghoulmeh is currently placed in isolation in Ohli Kedar prison, in which he referred to the prison conditions as very poor, and informed the attorney that the prisoners are placed in a section that is full of insects and does not meet basic standards for human life.

Mr. Abu Ghoulmeh informed Addameer's attorney that the Israeli Prison Service (IPS) has confiscated all of their personal belongings and imposed restrictions on hunger-striking prisoners including a disciplinary fine of 200 NIS, ban of family visits for two months, denial of access to the “canteen” (prison store) for two months, and issuance of charges for refusing to stand for the prisoners’ head count.

Attorney Hassan noted that Mr. Abu Ghoulmeh’s health condition is visibly deteriorating and that he appears frail. He reported that he had lost about 10 kilograms of his weight and suffers from high-blood pressure. Mr. Abu Ghoulmeh added that he did not receive any medical examinations by external doctors, and that the International Committee of the Red Cross (ICRC) visited them for the first time on 21 May 2017, after prisoners had refused to meet with delegates from the ICRC due to a delegate’s compliance with the prison administration that advised not to enter the prisoners’ sections and rooms.

On 16 May 2017, United Nations Special Rapporteur on OPT Michael Lynk drew attention to Israeli violations of the UN Standard Minimum Rules for the Treatment of Prisoners including, the use of administrative detention, solitary confinement, denial of access to attorneys and denial of family visitation rights.

As the hunger strike entered its 36th day, Addameer Prisoner Support urges supporters of justice around the world to take action to support the Palestinian prisoners whose bodies and lives are on the line for freedom and dignity. Addameer urges all people to organize events in solidarity with the struggle of hunger-striking prisoners and detainees. Addameer further calls on the diplomatic community to pressure Israel to immediately allow for hunger striking prisoners to have access to necessary healthcare and legal advisement.