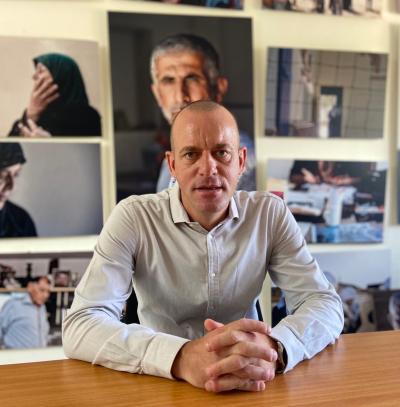 On Tuesday 29 June 2021, Israeli Interior Minister Ayelet Shaked announced the adoption of the recommendations to revoke the permanent residency of Mr. Salah Hamouri based on “breach of allegiance”, confirming her intentions to proceed with approving the process. The revocation of Mr. Hammouri’s residency must still be approved by the Israeli Attorney General Avichai Mendelblit, and Minister of Justice Gideon Sa’ar. This arbitrary, punitive and unlawful decision entails profound violations of human rights, constitutes grave violations of international humanitarian law, and represents yet another example of Israel’s protracted and systematic policies and practices intended to silence human rights defenders.

Previously, on 3 September 2020, the Israeli occupying authorities notified Mr. Salah Hammouri, a 36-year-old Palestinian-French human rights defender and lawyer at Addameer Prisoner Support and Human Rights Association, of the ministry’s intention to revoke his permanent residency status for so-called “breach of allegiance” to the State of Israel. This comes as part of the continued Israeli harassment against Mr. Hammouri and his family, including previous arbitrary arrests, ban from entering the West Bank for almost 16 months, and the deportation of his wife, Elsa Lefort, a French national, separating him from his wife and son in 2016.

It should be noted that the legal counsel representing Mr. Hammouri, HaMoked Center for the Defence of the Individual and Advocate Lea Tsemeel, have yet to be officially notified of the recent update. Rather, the announcement came through a Twitter post by Israeli Interior Minister Ayelet Shaked on Wednesday 30 June 2021, stating: "In the Ministry of the Interior under my leadership, there will be zero tolerance for the phenomena of residents working against the State of Israel.”

Residency policies, embedded in Israel’s regime of racial domination and oppression, are designed to maintain a perilous legal status for Palestinians in East Jerusalem and uphold an Israeli-Jewish demographic majority in the city. Notably, on 7 March 2018, the Israeli parliament adopted the amendment to the 1952 Entry into Israel Law, officially granting the Minister of the Interior the prerogative to revoke the residency status of Palestinians based on “breach of allegiance.” 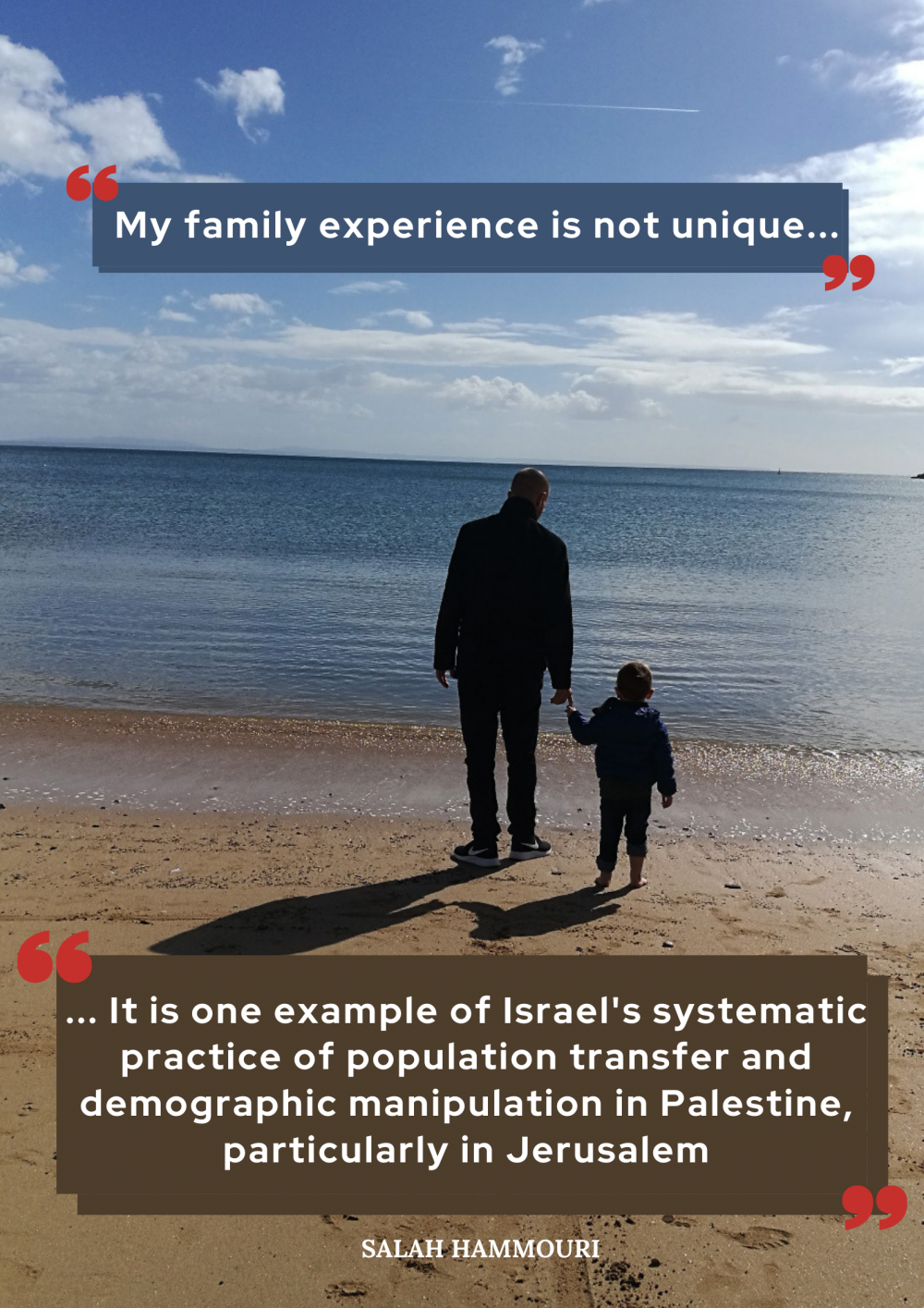 The case of Salah Hammouri’s forced residency revocation and potential expulsion comes on the heels of the recent case of forced expulsions and ethnic cleansing in the Sheikh Jarrah and Silwan neighborhoods of Jerusalem. In Sheikh Jarrah, eight families of 19 households of 87 Palestinians, are at imminent risk of forcible transfer, due to a separate case filed against them before Israeli courts by the settler organization Nahalat Shimon International. Alarmingly, Nahalat Shimon International has previously evicted three Palestinian families of around 67 Palestinians from the aforementioned neighborhood in 2008 and 2009. Similarly, and most recently on 26 May 2021, the Jerusalem District Court held a hearing on the forced eviction of some 108 Palestinians of 18 households from their homes in Batn Al-Hawa neighborhood in Silwan, occupied East Jerusalem.[2]

Most of the Palestinian families living in the Sheikh Jarrah and Batn Al-Hawa (Silwan) neighborhoods and facing threats of forced eviction are themselves refugees who have been denied their right of return, and are prevented from reclaiming their original land and properties. The current forced expulsions and ethnic cleansing occurring in Sheikh Jarrah and Batn Al-Hawa underlie Israel’s broader project in maintaining and expanding its settler-colonial and apartheid regime.

The transfer of Palestinians from occupied East Jerusalem is considered a war crime under Article 8 of the Rome Statute of the International Criminal Court,[3] and a grave breach of Articles 49 and 147 of the Fourth Geneva Convention.[4] As the revocation of residency policy forms part of a widespread and systematic transfer policy directed against a civilian population, it may amount to a crime against humanity as per Article 7 of the Rome Statute.[5]

Addameer Prisoner Support and Human Rights Association calls upon individuals and organizations to send letters joining Addameer’s call against the Israeli Interior Ministry’s application of the recommendations for Salah Hammouri’s residency revocation and forcible transfer out of Jerusalem, and against broader policies of ethnic cleansing and suppression of human rights defenders.

[2] Al-Haq, “Sheikh Jarrah and Silwan: Ongoing Nakba and Israeli Dispossession of Palestinians”, 27 May 2021, available at: https://www.alhaq.org/advocacy/18442.html