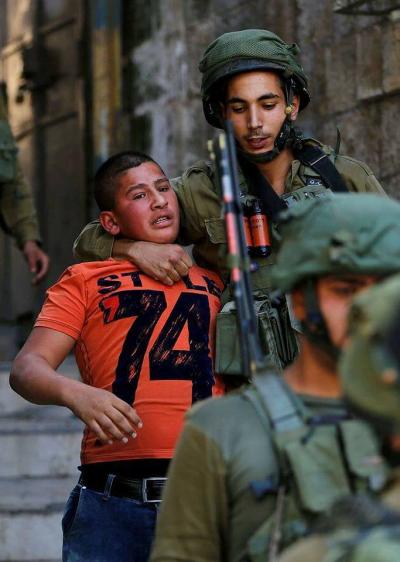 The occupying force continues with a concerted campaign of arrests, which intensified immediately after President Trump’s announcement regarding Jerusalem on 6 December. As a result of unrest, Israeli forces undertook a series of arrests on the morning of 13 December 2017. The arrest campaign reached different areas in the West Bank including East Jerusalem and resulted in around 35 detainees.

This campaign mainly targeted ex-detainees and individuals who are considered leading figures in their communities. For example, on 11 December 2017, Israeli forces arrested the ex-detainee Khader A’dnan, who has undertaken two different hunger strikes against his administrative detention orders and is considered a leading figure for Palestinian detainees and also for his community.

The number of detained Palestinians continues to increase as a result, with more than 250 detainees from the West Bank and around 70 from East Jerusalem from after 6 December 2017.

The 13 December 2017 arrests included the following:

Accordingly, there are now 12 detained PLC members, 9 have administrative detention orders, two have been sentenced. Hassan Yousef's situation is unknown until this moment.

·         Silwad: Two young men were arrested from Silwad village, east of Ramallah. The residents of Silwad have witnessed several raids from Israeli forces in the past two days after a shooting attack on settlers near the village. Israeli forces have been violently searching the village, they have arrested a number of its residents, and used extra force against the families of the village as part of a policy of collective punishment.

·         Hebron: The campaign of arrest focused on the city of Hebron, Kharasta town and al-Fawar refugee camp. Sami al-Jinazra was re-arrested after going through a hunger strike in 2016 for more than 60 days in protest against his administrative detention order.

Palestinians, as an occupied people, are protected persons under Article 4 of the Fourth Geneva Convention. However, Israeli forces systematically suppress and arbitrarily detain Palestinians. These mass arrest campaigns are part of Israeli’s collective punishment measures that are in direct violation of Article 33 of the Fourth Geneva Convention and Article 50 of the Hague Regulations, which specifically prohibits collective punishment.

As such, Addameer calls for the immediate release of all prisoners. In addition, we call on third state parties to pressure the Israeli occupation authorities to respect their obligations under international humanitarian law and international human rights law and to hold them accountable for the violations they have committed.