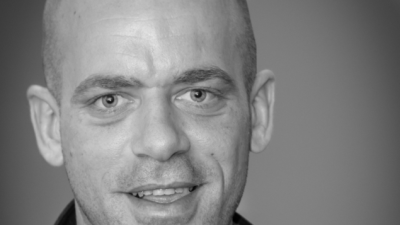 Addameer’s field researcher and human rights defender Salah Hamouri has received a six months administrative detention order, which is set to end on 22 February 2018. Initially, the Israeli Magistrate Court of Jerusalem has ordered the conditional release of Hamouri though, less than half an hour later, he was issued with the order.

According to the Court’s decision, Hamouri was going to be placed under house arrest in Al-Reineh (a village in the north of the territories occupied in 1948) for  20 days. He would also be banned from entering Jerusalem and traveling outside of the country for 3 months, until 28 November 2017. Additionally, Hamouri had to pay a 10,000NIS bail and third party guarantees, and when his family went to Al-Moskobyeh to pay the bail, they were informed that Hamouri will not be released.

Salah Hamouri, 32, is a Palestinian-French dual citizen and former Palestinian prisoner in Israeli jails. Hamouri was released in Wafa al-Ahrar exchange deal in 2011 after spending seven years in Israeli occupation prisons. In addition, he was banned from entering the West Bank by an Israeli military order until September 2016, and his wife Elsa Lefort is currently banned from entering Palestine.

This arrest and decision is but one in a list of many, where the occupying power has attempted to stifle the legitimate pursuit of Palestinian human rights and basic dignity. For those who dare to speak up against this oppressive colonial regime, arbitrary detainment awaits.

This case is not simply the arrest of an individual. It is part of a systematic policy of disempowerment. The aim is to ensure that any work supporting the Palestinian quest for self-determination is punished severely. The thinking goes that if enough are punished, and the weight is too much to bear, the rest will be dismayed and accept the status quo. They will be resigned to the fact that they are part of a state structure that treats them as subjects, who can be imprisoned and stripped of their rights at will.

For human rights defenders, there are two choices. Give up on your cause, or accept the life of constant punishment. It is not an easy choice to make. Salah could leave, live in France, and have a quiet life with his wife and child. Though, he stays as an example for us all. He remains in to the place of his birth and struggles for those who the occupation seeks to reduce from humans to subjects. For the assertion that he, and the people he serves, are human, the occupation ensures that he pays the price.

Organizations, activists, and parliamentarians across France are mobilizing to demand Hamouri's freedom once again and to pressure the French government to take action on this case. Sign this petition directed to French president Emanuel Macron and European officials demanding them to act now.