Joint briefing by human rights organizations for Diplomats in Jerusalem 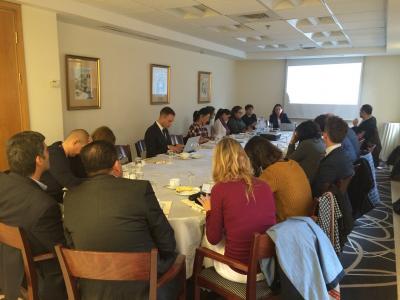 Summary of Joint Briefing for Diplomats

Adalah - The Legal Center for Arab Minority Rights in Israel

Attorney Bisharabegan her presentation by discussing the new“Validation Bill” thatwould legalize settlement outposts in the West Bank and allow Israel to de facto expropriate private Palestinians lands forsettlement construction. The case of Amonaisjust one of many examples of the Israeli government’s plan to relocatesettlers onto private lands belonging to Palestinian refugees. Attorney Bisharaadded that Netanyahu is proposing ageneral policy of settling the question of refugees’ property basedon the “Cyprus model”, which would givemonetary compensation in exchange for keeping refugee land under Israeli control.Attorney Bisharadrew attention tofour recent tenders,totaling 323,000 housing units, which would expand the settlements ofHarHoma, Pisgat Ze’ev, Neve Ya’akov and Gilo around East Jerusalem.She presented maps of the official master plans that would further facilitate the expansionof settlements in East Jerusalem, including 1,675 new housing units inRamot, 770 housing units in Gilo, and 500 housing units in Ramat Shlomo (the latter based on an upcoming master plan).

Lastly, Attorney Bishara provided an update of Adalah’s work with Addameer regarding complaints of suspected extrajudicial executions (EJEs) by Israeli security forces against Palestinians in Jerusalem. All of these complaints were dismissed without investigations, and one appeal is now pending. Attorney Bishara also gave an update on Adalah’s petition to the Lod District Court demanding the release of the police’s new rules of engagement, which allowed for a “shoot-to-kill” policy since September 2015. In November 2016, the court ordered that the police release the regulations in full, unless the state files an appeal within 40 days.

Attorney Francis also focused on the crackdown and repression of human rights defenders and journalists, which includes Addameer media officer Hasan Safadi, who was arrested on 1 May 2016. She also noted examples of discriminatory legislation enacted by the Israeli Knesset, including a new law passed in August 2016 to allow custodial sentences for Palestinian children as young as 12 years of age, who are convicted of “nationalist-motivated” offences.Finally, Attorney Francis raised the issue of an increasing number of Palestinians being arrested for incitement charges based on social media posts in 2016.

Increasing use of intentional lethal force:Since October 2015, Israeli forces have killed 58 Palestinian children from the West Bank, including East Jerusalem, and the Gaza Strip according to DCIP figures. Of those killed, 43 were accused of attempting to commit some form of attack against Israelis. In several cases, DCIP found that the children did not pose a direct, mortal threat at the time they were killed, suggesting that Israeli forces are implementing a ‘shoot-to-kill’ policy. Accountability for shootings by Israeli forces is extremely rare, and the Israeli authorities have rejected opening full and transparent investigations into recent incidents.

Highest levels of Palestinian child prisoners:While Israeli forces have held an average of 201 Palestinian children in custody each month since 2011, by the end of February 2016 the total number had increased to 440. This figure is the highest number at any time since the Israel Prison Service (IPS) began releasing data in 2008. The IPS has further complicated efforts to monitor the detention/imprisonment of child in the occupied West Bank by withholding detention data since April 2016.

Ms. Theeuwen discussed the current challenges of Israeli policies threatening the Palestinian education system. Ms. Theeuwen explained that the “Israelization” of schools, through the curriculum and other measures, is a way to target the Palestinian national identity. Schools in East Jerusalem receive significantly less funding than their counterparts in West Jerusalem and elsewhere in Israel. East Jerusalem schools are often located in residential buildings because Israel has prohibited the building of new Palestinian schools, despite the extreme shortage of classrooms. Further, the existing facilities are substandard, often without science labs, sports facilities, and other features usually found in schools and necessary for holistic education. In addition, Palestinian students and teachers face severe restrictions even to reach the schools, such as the need to cross checkpoints and harassment by Israeli soldiers. The dropout rates among Palestinian students in East Jerusalem are very high and the schools lack budgets for proper dropout prevention programs.

Ms. Theeuwen further explained that Israel has started to condition funding for renovation and funding in general to Palestinian schools upon the adoption of the Israeli curriculum. Education Minister Naftali Bennett has been quoted as stating that he wants “to provide a strong tailwind to any school that chooses the Israeli curriculum. My policy is clear: I want to aid the process of Israelization.” Ms. Theeuwen stressed that as the occupying power, Israel has no authority to impose these changesin the education system in occupied East Jerusalem. 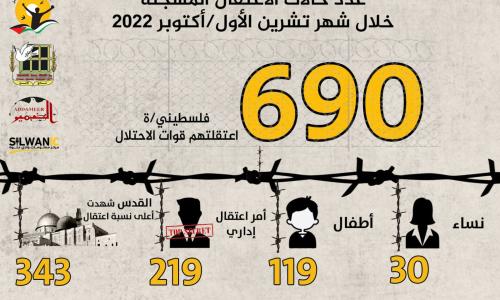