Complaint Submission to the UN Concerning the Travel Ban and other adverse repercussions against Mr. Omar Barghouti 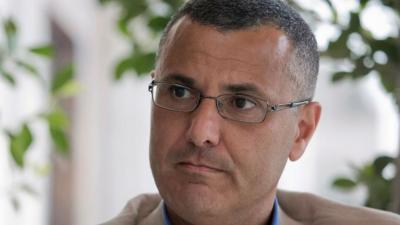 LPHR, PHROC and the National Lawyers Guild submit complaint to the United Nations concerning the travel ban and other adverse repercussions against the Palestinian human rights defender, Mr. Omar Barghouti

London, Ramallah, and New York 23 June 2016 - Lawyers for Palestinian Human Rights (LPHR), the Palestinian Human Rights Organisations Council (PHROC) and the National Lawyers Guild (NLG) have submitted a joint complaint to the United Nations Special Rapporteur on the situation of Human Rights Defenders concerning the Israeli authorities travel ban imposed on Mr Omar Barghouti and other adverse repercussions he has faced apparently due to his prominent involvement in the Boycott Divestment and Sanctions (BDS) movement.

The decision not to renew Mr Barghouti's travel documents appears to be a preliminary step to revoke his permanent residency. It has recently been confirmed by the Israeli government that revocation of his residency is currently under review by the attorney general. A central reason given for this review is because of his international travel to advocate for the BDS movement.

Prior to the travel ban that was placed on Mr. Barghouti, he and other human rights defenders were subjected to extremely disturbing comments by Israeli government ministers that clearly appear to incite physical harm. During a conference in Jerusalem on 28 March 2016, the Israeli Intelligence Minister, Yisrael Katz, spoke of “targeted civil eliminations” of BDS leaders, and the Minister of Strategic Affairs, Gilad Erdan, called for those leaders to “pay the price” for their work, followed by a clarification that he did not intend physical harm.

LPHR, PHROC and NLG recognises Mr. Barghouti as a Palestinian human rights defender due to his work as co-founder of BDS and founding committee member of the Palestinian Campaign for the Academic and Cultural Boycott of Israel (PACBI). The BDS movement peacefully pursues a human rights agenda based on an international law framework. His work entitles him to the human rights protections outlined in the United Nations Declaration on Human Rights Defenders, in addition to legal protections afforded to all individuals under international human right law.

LPHR, PHROC and NLG have therefore requested in their complaint that the United Nations Special Rapporteur on the situation of Human Rights Defenders undertake an urgent examination into the effective travel ban imposed on Mr. Barghouti, the potential revocation of his Israeli residency, statements that clearly appear to incite physical harm made by Israeli government ministers, and any other adverse repercussions he has faced apparently due to his involvement in the BDS movement

LPHR is a legal charity in the United Kingdom that works on projects to protect and promote Palestinian human rights.

NLG whose membership includes lawyers, legal workers, jailhouse lawyers, and law students, was formed in 1937 as the United States’ first racially-integrated bar association to advocate for the protection of constitutional, human and civil rights.