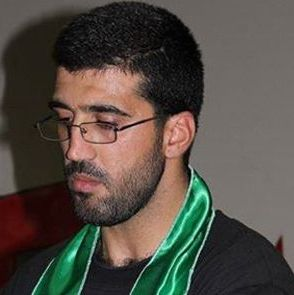 Full name: Qaher Jameel Salah Abu Kamal
Residence: Bethlehem
Date of birth: 26 September 1986
Date of arrest: 22 June 2013
Date of release: 8 July 2013
Arrestors: Palestinian Intelligence Service
Prison: Intelligence Services Headquarters – Al-Balou’
Education: B.A. in General Administration – Birzeit University
Occupation: Recent Graduate
Circumstances of arrest: Arrested at the door of a Mosque in Al-Bireh by Palestinian Intelligence Services when he was leading prayer services.
Previous Arrests
Qaher has been arrested several times, both by the Israeli Occupying Forces (IOF) and the Palestinian Intelligence Services.  On 8 July 2007, he was arrested by the IOF and detained until 21 March 2010. Right after he was released in March, Qaher did not get a day’s rest or freedom, instead he was subjected to 40 straight days of questioning and harassment by the Palestinian-Israeli Security Coordination. According to his mother, he was summoned twice by the Israeli intelligence and 4 or 5 times by the Palestinian intelligence, who stated “Every week he would be questioned by the Palestinian intelligence.”
On 8 May 2010, he was summoned by the Palestinian intelligence in Bethlehem, and when he arrived, he was detained for over 1 month. According to his mother, one of the interrogators tortured Qaher and did not allow his mother to visit him until 22 days after his arrest. She told Addameer:
“When we went to visit him, we saw tiredness and fatigue affected him on his features and it was also from the handcuffs that showed clearly on his hands, and of course he did not mention or give any information until he was released on 16 June 2010, because they warned him not to speak to us about the things he was subjected to, but after his release he spoke about all the means of torture that he was subjected to (ill treatment, beating..etc)”
An order to release Qaher was issued by the court but  he still wasn’t released until 16 June 2010.
For the past two years since his release, Qaher has been subjected to continuous harassments and calls by the Palestinian Intelligence Forces and summoned for interviews while a student at Birzeit University. Qaher was not arrested during his studies, partially due to the student campaigns  against political arrests targeted at students, however he was arrested by the Palestinian Intelligence one week after graduation.
Hunger Strike
Qaher announced a hunger strike immediately after his arrest on 22 June 2013 in protest of his detention and of political detention in general. He ended his hunger strike on 30 June 2013 after he made an agreement to be released.
Health Condition
Qaher was transferred to a hospital (affiliated with the military services) on 28 June 2013 as a result of his deteriorating health from his hunger strike. His family was contacted by the Palestinian Intelligence that same night, to ask them to visit him the next day to convince him to end his hunger strike. The family visited Qaher on 29 June 2013 in the Palestinian Intelligence offices in Ramallah. According to his mother, his health condition is critical and he suffers from back and joint pain, low blood pressure and a decrease in minerals and supplements as a result of the hunger strike.
Qaher told his family that he demanded to be released by 1 July 2013, and if he will not be released he will stop taking liquids and water. He eventually made an agreement to be released on 8 July 2013.
When he was at the hospital he refused any kind of vitamins.
Last Update
16-07-2014