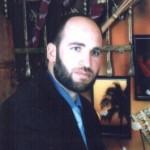 Click here for PDF.
Name: Mazen Jamal Jibrin Natsheh
Date of Birth: 18 March 1972
Place of residence: Hebron
Marital status: Married, father of three children (one girl and two boys)
Occupation: Administrative Secretary for a charity supporting people with disabilities.
Education: Mazen holds Bachelor of Islamic law (Shari’a) from Al-Quds University (University of Jerusalem), and is a Masters student specializing in Educational Administration since 2002. Repeated detentions prevented Mazen from completing his Masters studies and he remains the oldest Masters student at the Al-Quds University with only three credits to complete before graduation.
Date of latest arrest: 26 August 2013
Mazen Natsheh was re-arrested on 26 August 2013, only five months after his release from his previous administrative detention. He previously served 41 months in administrative detention.

Before his latest arrest on 26 August 2013, Mazen Natsheh was previously arrested on 7 October 2009 at 2:00 a.m. when Israeli Occupation Forces (IOF) soldiers accompanied by Israeli Security Agency (ISA) agents raided his family home in Hebron. This arrest came only four months after Mazen’s release from detention.
After the arrest Mazen was taken to Etzion detention center. He spent one day there before being transferred to Ofer Prison. On the fourth day of incarceration there he was handed an administrative detention order for 6 months without any explanation or reason for the detention. One week later he was transferred to the Ketziot Prison in the Negev Desert where he remains until his release on 3 March 2013. His administrative detention was renewed 11 times.
PREVIOUS ARRESTS
Mazen was arrested for the first time on 10 September 1994. He was placed under administrative detention, which was renewed twice before he was released on 8 June 1995 after 9 months. On 30 October 1997 Mazen was arrested again, and placed under administrative detention for 10 months before being released on 8 August 1998. His third arrest was on the 28 April 1999. After spending eight months as an administrative detainee once again, he was released on 23 December 1999. Mazen was arrested for the fourth time on the 18 August 2002. He was brought to trial on charges of smuggling a mobile phone for a prisoner, and was sentenced to a year in prison. After serving his sentence Mazen was released on 20 August 2003. On the fifth occasion, he was arrested on 9 March 2004 and spent 9 months in administrative detention before his release on 23 December 2004. On 28 September 2005 he was arrested for a sixth time and spent four years in administrative detention, making him the longest administrative detainee during that period. Eventually, Mazen was released on 8 June 2009. He was re-arrested for the seventh time 4 months after his release, on 7 October 2009, and remains in administrative detention to this day.
Since his first arrest in 1994 Mazen was representing himself in court with the legal counsel of his lawyer, Mr. Mahmoud Jabarin. The last court hearing Mazen attended took place on 21 December 2010 in front of the Israeli Court of Appeal. The decision on his appeal came several days after the hearing. The Court decided to refuse Mazen’s appeal on the grounds of new “secret evidence”. In a statement given to Addameer attorneys Mazen offered his view on the appeal proceedings:
The judge and the prosecutor claimed that a new “secret file” is the reason for the refusal of my appeal. How can there be any new “secret evidence” when I was imprisoned for most of the time this “secret file” refers to? This “file” is created just to keep me in prison.”
HEALTH AND DETENTION
Mazen suffers from colitis (inflammation on the wall of the large intestine) since 1990. Colitis is a chronic illness that requires continuous treatment and regular medical check-ups. If it is not treated this condition can cause severe diarrhea and bleeding, and in some cases even anaemia and dehydration. Colitis patients need a large amount of fluids and fruit, and a special diet. Since the fist arrest Mazen has not receive any proper health care while in prison. Mazen does not receive any special diet, and only has access to drugs that he self-prescribes. According to the prison authorities Mazen is healthy, so the only drugs he is entitled to are painkillers when he demands them.
MAZEN’S FAMILY
Mazen’s wife, Dr. Fatima Sharabati, holds a bachelor’s degree in medicine. She completed her higher education while her husband was in detention, and currently works at the Gynaecology Hospital in Hebron as a physician in general practice. From 1994 until last year Fatima was allowed to visit her husband only once a year. However, since 2010 Fatima has not been permitted to visit her husband ‘for security reasons’.
Mazen is the father of three children. The eldest, Afnan, is 9 years old and is in fourth grade of primary school. Both Hudhayfah, 6 years old, and Any, 9 months old, were born while their father was in prison. The boys were allowed to visit their father every 3 months accompanied by their cousins, uncles and aunts. Recently, Mazen’s children were prevented from visiting their father after their aunt was denied a permit to leave the West Bank without any justification.

Mazen’s whole family has suffered from his extended periods in Israeli detention. The burden of raising children, finishing studies and working full time has been overwhelming, reports Fatima. The psychological effect of Mazen’s prolonged detention is devastating, especially for the children.

“When the release date is deliberately not announced by the prison authorities it gives us hope that his detention won’t be renewed, and yet in the early hours of the day he is to be released he is usually given a renewed detention order. Nevertheless I prepare the boys for his possible arrival by dressing them in new clothes and preparing them to see their father, but unfortunately I know what the news will be. The children often stay awake late, until they hear the full details of whether he has been released or not. They can’t wait to see him, and it’s very hard for me to hide the details of Mazen’s detention from them. At the same time, I don’t want to give them false hope, but I also do not want for them to get accustomed to the fact that their father may never leave the prison,” says Fatima.
PERSONAL INFORMATION
Mazen is a Masters student specializing in Educational Administration since 2002. Mazen is only three credits away from graduation, but his education is now suspended as no coordination exists between the Israeli Prison Service and Palestinian universities. Mazen spends most of his time in prison reading. His personal library contains more than 500 books. While new books are usually brought by the families during visits, the prison authorities limit the number of books that prisoners can access. There are many restrictions on what kind of books and how many of them can be stored in the prison’s library.
****
Administrative detention is a procedure that allows the Israeli military to hold detainees indefinitely on secret evidence without charging them or allowing them to stand trial. In the occupied Palestinian West Bank, the Israeli army is authorized to issue administrative detention orders against Palestinian civilians on the basis of Military Order 1651. This order empowers military commanders to detain an individual for up to six month renewable periods if they have “reasonable grounds to presume that the security of the area or public security require the detention.” On or just before the expiry date, the detention order is frequently renewed. This process can be continued indefinitely.
For more information about administrative detention and Addameer’s Campaign to Stop Administrative Detention please visit our website: www.stopadcampaign.com
Addameer Prisoner Support and Human Rights Association
P. O. Box: 17338, Jerusalem
Tel: +972 (0)2 296 0446 / 297 0136
Fax: +972 (0)2 296 0447
Email: [email protected]
Website: www.addameer.org
Last Update
28-08-2013