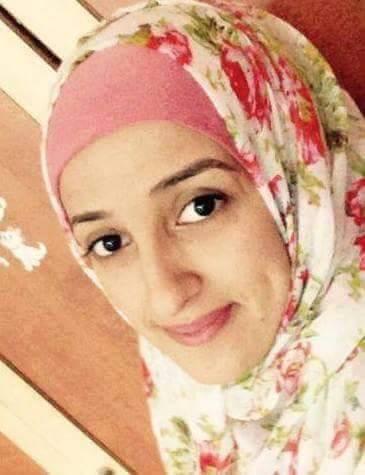 On Thursday, 29/10/2015, a large number of IOF forces raided the home of Qadah family in Shuqba at 2:00 AM.  After identifying Jureen (19 years old), the soldiers shackled her hands, blindfolded her and arrested her. Jureen stated that a female soldier pushed her to the ground causing a painful leg injury.

Jureen told Addameer’s lawyer during a visit in Ramleh prison that the IOF detained her for about 18 hours in a military jeep, taking her from one place to another, in inhumane conditions before taking her to HaSharon. On the next day she was taken to Ramleh prison again and then to Ofer where she was interrogated.

The interrogation lasted for half an hour, and it revolved around her posts on Facebook. Afterwards, she was transferred back to HaSharon prison. On 1/11/2015, a three-month administrative detention order was issued against her.

On 1/11/2015 , the military commander of the occupied territory issued a three-month administrative detention order against Jureen starting from 2/11/2015 and ending on 27/1/2016. On 5/11/2015, the judge Shimon Shaul confirmed the order during the judicial review hearing at Ofer military court. The judge rejected the request to  release the secret information on which the detention is based, claiming that revealing the information may compromise the source of evidence. The judge only stated that “she blessed and supported the murders committed against Israelis on her Facebook account.” The judge claimed that releasing Jureen poses a threat to the security of the state and that detention is the only way to prevent such danger. It should be mentioned that the judge confirmed that Qadah is not affiliated with any political faction.

Jureen’s case highlights the fact that the occupation uses administrative detention as a tool of suppression, punishment, reprisal and in violation of the right of expression, as the military prosecution often resorts to administrative detention after failing to present clear charges against Palestinian detainees. The military prosecution failed to prove the actual threat that posts on social media websites pose, particularly in the light of a fierce media campaign launched by the Israelis and Israeli officials calling for the murder and intimidation of Palestinians.

HaSharon prison is witnessing huge overcrowding due to a noticeable increase in the number of detained Palestinian women since the beginning of the popular uprising in October. Female prisoners reported to Addameer’s lawyer during a visit in HaSharon, that the section they are being held in is not large enough to accommodate their number, and that there is a shortage in blankets, clothing and basic needs.

According to Addameer’s statistics, by the 25th of November 2015 there were 45 female prisoners held in the occupation’s prisons, including six minor girls and two administrative detainees. Most of them were detained recently and were subjected to torture and ill-treatment during the arrest process and interrogation. Female prisoners suffer from degrading inhumane treatment on regular basis during the transfer from one prison to the other and to courts.