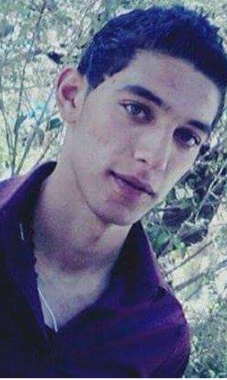 On 2/11/2016, Baha’a Najjar’s second administrative detention order ended. However, the administration of Naqab prison told him on the same day that his order is going to be renewed, but the prison did not receive any official orders to confirm the renewal. Baha’a and his family were waiting anxiously to know what would happen. Later that day, when it was very late and the courts closed, the prison’s head officer approached Baha’a and told him to get ready to be released because they did not receive a renewal order. Despite the great news, Baha’a and his family did not get their hopes up, because dozens of administrative detainees are sent back to prison right after getting a release order.

Baha’a was released at Al-Thahriya checkpoint in the south with his family waiting for him there. He arrived home happily with his family and friends waiting for him. Baha’a returned to his normal life routine and was set to go back to university on 19/11/2016. However, his moments of freedom were short-lived.

On 9/11/2016 a large unit of Israeli soldiers violently raided his home. After ransacking the house for half an hour, the military commander told Baha’a and his family that they have an arrest warrant against him. He was taken outside, shackled and blindfolded. The family was not informed about where Baha’a was being taken. The lawyer later found out that he was being held at Atsion detention center near Bethlehem. A few days later, Baha’a was transferred to Ofer prison.

The military commander issued a six-month administrative detention order against Bahaa on 8/11/2016 which ends on 1/5/2017. It should be mentioned that the order starts one day before Bahaa was arrested, meaning that the order was issued before he was actually re-arrested.

The judge at Ofer military court clarified that there was a miscommunication between the military prosecution and the prison’s administration that resulted in the releas of Baha’a and followed by his re-arrest. The judged confirmed that Baha’a was arrested based on the same reasons of his detention in 2015 and that there was not any new information in his file.

Addameer’s lawyer, Adv. Mahmoud Hassan, asked the judge not to confirm the order taking into consideration the harm that was caused when Baha’a was re-arrested few days after his release and that it was worthwhile to review if there was new material in his file before actually arresting him.

The judge was clearly reluctant about confirming the order, considering a number of factors, such as the absence of new material that indicates that Baha’a poses a threat, arresting him few days after the release, and his being held under administrative detention for a year and half. The judge decided to reduce the order, stating that despite the previously collected information in 2015, the current conditions requires him to reduce the order. The current order end on 3/1/2017.

Baha’a Najjar’s case exemplifies the ways in which administrative detention as practiced by Israeli forces against Palestinians is a form of psychological torture, as suggested by the UN Working Group on Torture, as well as numerous opinions by the Working Group on Arbitrary Detention. The case also highlights the absence of fair trial guarantees as required under international law.

The occupation’s practice of the policy of administrative detention systematically and denying the detainees fair trials is a grave violation of the Fourth Geneva Convention according to Article 147.