Background
Ali is originally from Sair, a village located near the West Bank city of Hebron. He is married with two children and now lives in Ramallah. Ali’s daughter Saja is 18 years old and his son Basil is 14.

A writer and political activist, he has published many articles in various local newspapers and electronic media in which he was often very critical of both the Palestinian Authority and the Israeli Occupation. As a consequence, he experienced both Palestinian and Israeli imprisonment. In 2001, he was arrested by the Palestinian Authority for a few months. At the height of the Al-Aqsa Intifada, between 2002 and 2004, Ali was repeatedly placed in administrative detention by Israel. A few months after his release, a new administrative detention order was issued against him on 15 March 2004. He was only released on 11 January 2005.

His most recent arrest occurred three years later, on 22 April 2008. At approximately 1:00 a.m. the Israeli Occupying Forces (IOF) surrounded Ali’s house. The loud banging on the door awoke everyone in the house. The soldiers ransacked all of the cupboards in the house and destroyed some furniture. When Ali’s wife, Salwa asked the soldiers if they had any arrest warrant, they disregarded her complaint by saying: “this is our business and not yours”. Ali was then taken to Ofer prison. He was issued with a six month administrative detention order on 4 May 2008. The review of the order was supposed to be held on 4 May 2008; however, it was extended until 20 May 2008. In the court, Amit Fries, the military judge claimed that Ali’s detention was related to ‘activities’ that Ali had been carrying out since the second half of 2007 until his arrest. The judge stated that Ali’s activities were related to “his political membership in the Popular Front for the Liberation of Palestine (PFLP)” and that he was “supporting terror activities”. Judge Fries claimed that Ali’s previous imprisonments had not deterred him from continuing to be an active PFLP member. Addameer attorney Mahmoud Hassan’s attempts to query these allegations were in vain. Neither evidence to justify any of these claims was provided nor did the military judge give a response when asked about the exact type of activities that Ali had supposedly carried out. Furthermore, Judge Fries was unable to provide any evidence that Ali was ‘supporting terror activities’. Despite the sheer lack of evidence, Judge Fries confirmed the administrative detention order for a further six months from 29 April 2008 until 21 October 2008.

An appeal against the administrative detention order took place on 18 June 2008 and was rejected by Military Judge Nissam Sarosi. On 22 October 2009 Ali was issued with a second administrative detention order for a further six months until 20 April 2009. The military prosecutor claimed to have ‘new material’ relating to Ali’s political activities. He added that the source of this information could be found in the ‘secret file’. Neither this ‘new material’ nor the contents of the secret file were revealed to Adv Hassan. In his judgment the military judge reaffirmed the claims of the military prosecutor. He added that Ali’s activity is ‘still dangerous’ and that his previous imprisonments had not deterred him from being politically active. Adv Hassan’s appeal of 7 December 2008 against this latest administrative detention order was unsurprisingly rejected.

The Jaradat Family
The psychological impact of Ali’s arrests on his family is very severe. To this date, Saja, Ali’s daughter is traumatized from the scene she witnessed during her father’s arrest. She recalls that around ten soldiers came to the house with their faces painted all black. They were shouting and ransacking the house as they shackled and blindfolded her father. They refused to even let him get dressed, so he was arrested in his pyjamas. Saja started crying hysterically as soon as she saw the soldiers walking into the house for this is not the first that she experienced her father’s arrest – she immediately knew he would be taken away.

Since she was four years old, Saja has been visiting her dad in prison. She finds it especially difficult because she is not able to touch her dad or give him a hug. The most difficult part of the visit, she describes, is the last five minutes when she is preparing to leave. Often Saja’s conversations are cut abruptly before Saja even gets a chance to say goodbye to her father, as the prison authorities usually disconnect the phone lines after 45 minutes exactly.

In the last three years between his arrests (2005-2008) the bond between father and daughter had at last developed and became stronger than any other time in Saja’s life. Saja had even taken up her father’s talent as a writer. Salwa says that to have her father taken away so abruptly again has really affected Saja emotionally and has hindered her writing. She is constantly asking, “Why is my dad always in prison?” But Ali’s arrest has also affected his children’s education. Before his imprisonment Ali used to assist both children with their exams and school work. Saja is now in her final year of high school. She is due to take her ‘tawjihi’ (high school final exam) next year, however, as a result of her father’s imprisonment her concentration levels and exam results are worse than before. For example, Ali was always available to help Saja with her English homework, and now she has no one to practice with. Consequently, her exam results in English have deteriorated considerably. While both children are permitted to visit their dad, it also means that they must take a day off school every two weeks. As Saja is taking her tawjihi next year she will not be able to afford taking as much time off school as she previously did. No doubt the fact that she will not be able to see her father will increase the emotional strain that she is already under.

Ali’s wife, Salwa works for the Palestinian Womens’ Union in Ramallah and is now the main source of income for the whole family. Salwa was last able to visit her husband on 11 November 2008. She is permitted to visit her husband only once a year for 45 minutes. The rest of the year she is prevented from visiting him due to ‘security reasons’. As is the case for all Israeli prisons, the security check at Ofer prison is extremely strict. Absolutely all personal belongings are prohibited from entering the prison. Salwa recalls that the last time she visited Ofer, the security guards refused to allow a 60 year old woman in, just for the reason that she had left a fifty NIS ($10) bill in her pocket. On the same occasion Salwa wanted to bring her husband some sleepwear and slippers. Both items were refused on the basis that the pyjamas were in a ‘forbidden colour’ and the slippers had to be plastic with a closed toe. The problem however is, that families are only informed of this restrictions once they reached the prison door.

Ali’s health and detention conditions
Salwa says that Ali seemed very weak and thin compared to when she saw him last. Indeed, Ali’s medical health has suffered greatly due to his imprisonment. During a previous time in administrative detention in 2002, Ali suffered from a heart attack. He received open heart surgery in Ramleh Prison Hospital to unclog one of his arteries. It now appears that Ali is suffering from diabetes and high blood pressure inside the prison. While he is receiving treatment inside the prison clinic, the prison conditions, especially the lack of a special diet for diabetic prisoners, are detrimental to his health.

Ali is especially upset that he is being held with younger prisoners not in his age group. Another problem is that at the moment all prisoners at Ofer are prevented from receiving new books or newspapers. The only books available are old ones which have been available in the prison for the past couple of years. Ali therefore has no way of keeping himself updated on Palestinian political and social life. As a result of this, Ali has not been able to continue his writing inside the prison.

When asked about the most difficult aspect of administrative detention, Salwa says that over the past 10 years that Ali has spent in and out of detention, the family was never given a reason for any of Ali’s arrests. During all this time Ali has never been charged with a single crime. She has no answers for Saja when she asks her: “Why is my dad always in prison?” 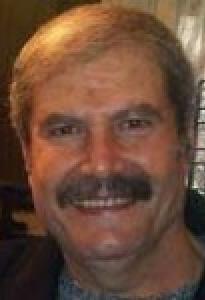 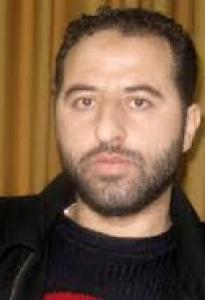