Addameer: Prisoner Samer al-A’rbeed in a Critical Health Situation due to Torture 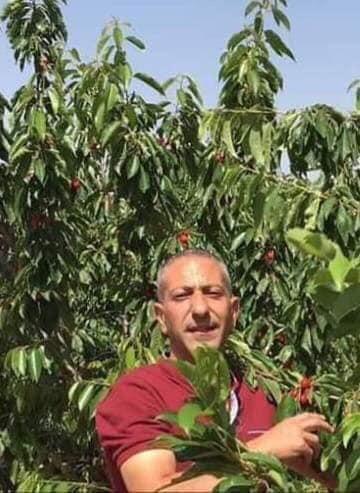 Samer al-A’reed, 44-year-old husband and father to two daughters and one son currently suffers from a serious health deterioration due to torture and ill-treatment during interrogations. Samer now is at Hadassah hospital.

On Wednesday, 25 September 2019, a special unit of the Israeli occupation forces arrested Samer al-A’rbeed. During the arrest Samer was harshly beaten by the Israeli forces using their guns. He was then taken to al-Mascobiyya interrogation center in Jerusalem and was issued an order that bans him from meeting his lawyer.

The following day on 26 September 2019, Samer had a court session without his lawyer. Though, according to the session’s protocols Samer stated to the judge that he suffers from severe pain in his chest and added that he cannot eat anything and throws up continually. We have no information of why Samer was not transferred immediately to the hospital and in fact his interrogation continued using torture and ill-treatment techniques that we are not aware of until this moment. Yesterday evening, 28 September 2019, the Israeli intelligence department, in a statement released to the press, stated that they have used extreme and exceptional techniques in interrogations that actually amount torture.

On Saturday, 28 September 2019, at around 8:00 pm Addameer’s lawyer was informed by a phone call from one of the interrogators at al-Mascobiyya that Samer was transferred to Hadassah Hospital – El-Esawya. The lawyer was also informed that Samer’s health is in critical situation, he is unconscious and on artificial respiration. Samer was in fact transferred to the hospital on Friday morning, 27 September 2019, though his family and lawyer were not informed of this fact.

Addameer’s lawyer immediately after the phone call tried to visit Samer, the attempts to visit him were only achieved after a few hours at around 1:30 am, as the lawyer was not allowed to actually visit Samer but to see him for a short period of time. According to the lawyer, Samer was unconscious, had several broken ribs, mark were all over his body, and he suffers a severe kidney failure.

The prohibition against torture in international conventions and agreements was unequivocal in its interpretation. The Geneva Conventions of 1949, as well as Protocol I and II of 1977, include a number of articles that strictly prohibit cruel treatment and outrages upon human dignity. In addition, torture is prohibited under the Convention against Torture and Other Cruel, Inhumane or Degrading Treatment or Punishment, which was adopted in 1948 and entered into force in 1978. The Convention against Torture states that no “exceptional circumstances whatsoever, whether a state of war or a threat of war” may be invoked as a justification of torture, thus establishing an internationally-recognized peremptory norm against torture even in compelling circumstances relating to counter terrorism. Furthermore, according to the Rome Statute, Articles 8, 7, torture amounts to a war crime and when systematic and wide-spread to a crime against humanity. Also, Article 55 of the Rome Statues prohibits in specific torture and ill-treatment of prisoners during investigation.

Israeli intelligence department issued a statement claiming that Samer and some other prisoners are allegedly involved in an attack on Ein Boben on 23 August 2019. It is worth noting that Addameer’s lawyer was not allowed to visit any of the other detainees as they were issued an order than bans them from meeting their lawyer from the first day of their arrest. However, according to the court session’s protocols all of those prisoners stated to the judge that they suffer from grave physical torture and also psychological torture mainly through arresting their family members continuously.