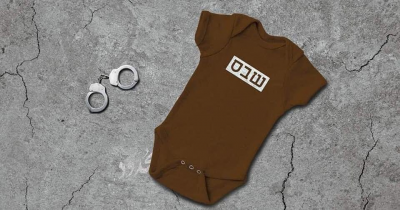 On 2 September 2021, the Palestinian Human Rights Organizations Council (PHROC) submitted an urgent appeal to the United Nations Special Procedures on the critical need to immediately release nine-month pregnant Palestinian woman Anhar Al-Deek from Israeli prison. Currently, Anhar remains incarcerated in Damon prison as she critically enters her ninth month of pregnancy, wherein she continues to suffer from inhuman living conditions, deliberate medical neglect—notably including lacking prenatal care—deteriorating health conditions, and high-risk pregnancy. More urgently, she faces the possibility of giving birth via a cesarean section and raising her newborn in Israeli prisons under conditions amounting to torture and cruel, inhuman, or degrading treatment or punishment.[1] The Israeli Prison Services (IPS) has already indicated that Anhar would be placed in solitary confinement following her delivery, preliminarily scheduled for 20 September 2021, under the pretext of COVID-19, which will likely exacerbate the mother’s postpartum trauma and poor health.

Most recently on 1 September 2021, Ofer Military Court postponed a decision on the appeal filed for the release of Anhar Al-Deek on bail through an alternative arrangement. The postponed hearing, to take place on 5 September 2021, comes amid her deteriorating health conditions and impending labor, which may take place prior to the scheduled delivery date.

Moreover, the case of Anhar underlies the exceptional cases of Palestinian women who have given birth in Israeli prisons subject to inhuman conditions, deliberate medical neglect, and cruel, inhuman, or degrading treatment or punishment. Since 1972, 8 cases of detained pregnant Palestinian women who have given birth in occupation prisons have been documented, with the most recent case occurring in 2008. In each of these cases, pregnant female detainees, despite their condition, were still also subjected to the harsh, systematic practices of interrogation, torture, and ill-treatment by the occupying Power endured by their Palestinian female, male, and child detainee counterparts.

In light of the severe living conditions, cruel and inhuman treatment, and lack of appropriate medical care, all of which markedly fail to take into account the vulnerabilities of Anhar Al-Deek’s condition, and pose a substantial risk of serious harm as well as the endangerment of the life and well-being of the mother and newborn child, PHROC urges the relevant UN Special Procedure mandates to: