Political detention: A Sword of Damocles Hanging over the Heads of Activists Amid Coronavirus Pandemic 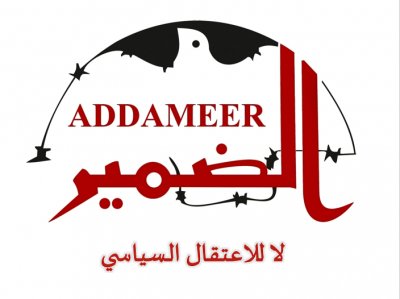 Political detention: A Sword of Damocles Hanging over the Heads of Activists Amid Coronavirus Pandemic

ADDAMEER Prisoner Support and Human Rights Association has been monitoring the Palestinian National Security Forces’ ongoing clampdown on Palestinian activists, students, and journalists for merely exercising their rights to freedom of expression, opinion, and peaceful assembly. Against the exceptional circumstances the world is dealing with due to the  coronavirus (Covid-19) pandemic, the Palestinian Authority (PA) spearheads a wave of arrests and detentions at an increasing pace in an effort to infringe and restrict the basic rights of Palestinian citizens.

Even after the State of Palestine acceded to many international human rights conventions, which safeguard human rights including freedoms of opinion, expression and peaceful assembly, the Palestinian Security Forces (PSF) have not stopped the practice of detaining Palestinians on political grounds. Since early 2014,[1]the PSF arrested thousands of citizens from different groups and regions and of diverse backgrounds. Contrary to the principles of the Convention against Torture and Other Cruel, Inhuman or Degrading Treatment or Punishment (CAT), which Palestine ratified in 2014, many Palestinian detainees face torture and ill-treatment in Palestinian detention centers. Moreover, many Palestinians were pursued and summoned for investigation and detained for long hours without any charges.

Since the declaration of the Emergency State Decree-by-Law in early March 2020 up to the end of July, the PSF arrested nearly 120 persons. Despite the prevention and social-distancing measures put in place across the State to limit the virus spread, e.g., movement restrictions, the arrests of Palestinian activists have not halted. Moreover, there has been increased restrictions imposed upon the basic rights of citizens. The PA is taking advantage of the illegally-imposed State of Emergency to practice and impose restrictions upon the basic rights of citizens undeterred by the Palestinian Basic Law, national laws or international conventions.

Over June and July, Addameer monitored and documented the wave of detentions and summons spearheaded by the PSF (i.e. Preventive Security, Intelligence, and the Investigation Department). Nearly 80 students and journalists were arrested on grounds of activism and freedoms of opinion, expression, and peaceful assembly. Moreover, dozens were summoned from different areas and homes were raided, searched and burglarised. These events mark a surge in the arrests and violations the PA commits against Palestinian citizens.

Turning peaceful assembly into a breach of the Emergency State, the PSF launched an arrest campaign against activists who called for a march against corruption in mid-late July. As a result, 19 people were arrested from separate places, most of them close to the location, where the protest against corruption would have been held on 19 July 2020.

The day after their arrest, the detainees were presented to the Public Prosecution, who extended their detention for an additional 48 hours under the pretext of unlawful assembly and violation of the State of Emergency regulations. Later, the first-instance court extended their detention for another 15 days. Several detainees declared a hunger strike to voice their protest against their situation.

Some detainees reported to Addameer that they were held under harsh conditions, as they were all crammed into a small unventilated room with a smelly bathroom and stinky sponge mattresses. Due to overcrowding in the cell, the detainees had to sleep in turns. On that note, packing a large number of detainees in a narrow airless prison cell amid the proliferation of the coronavirus demonstrates that the PSF themselves, are neglecting all pandemic prevention measures. Citizens are being arrested for allegedly violating emergency regulations and directives under conditions that do not comply with the quarantine directives themselves. This provides a glaring contradiction with the objective of the State of Emergency.

Furthermore, the arrest of activists over unlawful assembly violates the Palestinian Public Assembly Law No. 12 of 1998. As the said law stipulates that “Citizens shall have the right to hold public meetings, gatherings, and processions, which shall not be infringed upon or restricted, except pursuant to the provisions of this law”. One of such exceptions is that a written notice shall be submitted to the governor at least 48 hours in advance, provided that the number of the marchers is more than 50 people.In the case of the anti-corruption protest, the arrests had been carried out before the scheduled march even started, as some were detained on their way to the protest. Taking due account of these facts, the arrest was unduly carried out before verifying the number of the marchers without bearing in mind the actual text of the law and the intention of the drafters to safeguard the right to peaceful assembly.

The accusations brought against the detainees center on “unlawful assembly”, which is defined under the Jordanian Penal Code, implemented in the West Bank, as “seven people or more assemble with mens reaor mutual intent and commit an act that might cause those thereabout to reasonably expect that the act might cause a breach of the public order or incite others to disturb the public order”.[2]Notwithstanding, an anti-corruption protest should not be regarded as a crime in any way or form, as it is connected to the freedoms of opinion, expression, and peaceful assembly. Consequently, charging the protesters with unlawful assembly is a flagrant violation of international conventions as well as national laws that guarantee this fundamental human right.

The arrest of journalists and students… A violation of freedoms of opinion, expression, and association

The arrest campaigns mounted by the PSF include targeting Palestinian unionists, journalists, and university students over activism or for simply exercising freedoms of opinion, expression, and assembly. The PSF arrested about seven students and two journalists during June and July. Journalists and students are being apprehended at detention centres and security service headquarters for days under various allegations. As for the investigations, they are conducted on the basis of their activism and posts on social media.

Detainee Kh. Q., a student from Birzeit University, reported that the General Intelligence Service arrested him after he was summoned, later he was held in a filthy smelly cell and was provided with foul-smelling food. During the interrogation, Kh. Q. was subjected to loud yelling and cursing. Moreover, he was held for about eight hours in a stress position in a ‘Khazneh’ (tiny cell), where the detainee could not stand, sit, or move. Furthermore, he was transferred to a section containing used and worn-out facemasks and gloves. The detainee was also tortured by tying his hands with a rope to a window and forced to stand on his tiptoes, in which the interrogators hit him on his back and feet with a hose. After enduring these circumstances, the detainee was unable to stand or move, and suffered from severe shoulder pain. At the end of the interrogation, the intelligence officers threatened the detainee to re-arrest him if he shares what had happened during his detention that lasted for about two weeks.

As for detainee S. S., a journalist, he reported that the Palestinian Preventative Security arrested him from the street, seized his phone and transferred him to the headquarters of the agency. In addition, the security forces raided his home and confiscated his electronic devices and phones. For about 25 days, the detainee was interrogated about posts on social media pages, to which he denied any affiliation or connection to.

[1]I.e., since the State of Palestine has acceded to eight international human rights conventions on 1stApril 2014.