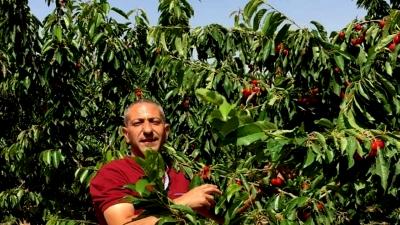 Today, 24 January 2021, the Israeli Attorney General Avichai Mandelblit closed the investigations against the Shabak (Israeli Security Agency) for the circumstances leading to prisoner Samer Arbeed's hospitalization and use of extreme torture techniques during interrogation that almost killed him. Rather than pressing a list of charges against the perpetratorsof such a heinous crime, the Israeli Attorney General decided that "there are no grounds to prove that the crime of torture has been committed.”

Addameer Prisoner Support and Human Rights Association condemns the Israeli Attorney General's decision and emphasizes that such a step inevitably allows for the use of torture without any accountability. It confirms the Israeli occupation's unwillingness to investigate, prosecute, and hold the Shabakaccountable for the excessive use of force and torture against Palestinian detainees during interrogations. It also shows the incompetence of a system of external supervision over the Shabak practices during interrogations, leaving the lives of Palestinian detainees at imminent risk.

The prolonged Israeli occupation as an apartheid regime is a menace to the Palestinian people's integral rights to life and dignity. This apartheid apparatus continues to commit crimes for the sole purpose of delegitimizing, oppressing, gaining, and maintaining control over Palestinians. The Israeli Occupation Forces never stopped resorting to torture as the standard operating procedure in extracting confessions from Palestinian detainees, including women, children, university students, human rights defenders, and political leaders. The crime of torture is committed in a systematic and widespread manner without any form of monitoring and protection.

Addameer, as the legal representatives of Samer, has not yet received any official details relating to the Attorney General’s decision. Moreover, the Israeli occupation authorities refuse to provide our legal team with the relevant investigation materials and files in the case of Samer. Consequently, this denies Palestinianthe right to know the particulars of the case brought against them.

On 25 September 2019, Samer Arbeed was arrested outside of his workplace. From the first moments of his arrest, the Israeli special forces unit viciously beat him with their weapons. Samer was transferred to Ofer prison, where he was immediately banned from meeting with his lawyer and led into the interrogation. On day one, Samer was interrogated for hours on end, during which he was violently assaulted and forced into multiple stress positions, including the banana position and squatting in front of a wall position. In an attempt to suffocate Samer, the interrogators put pressure on his neck. On the second day, he was brought before a military judge to extend his detention; he informed the judge that he experienced chest pains, continuous vomiting, and inability to swallow. Nevertheless, the judge dismissed his statement and ordered the extension of his detention for further interrogation.

Directly following the court session, Samer was transferred to Al-Mascobiyya Interrogation centre, where the interrogators continued to use the same torture methods until he lost consciousness. Within 48 hours of interrogation, on 27 September2019, Samer was transferred to a hospital with life-threatening injuries that prompted his physicians to put him under general anaesthesia for around 14 days. Samer suffered from 11 broken ribs, renal failure, and several bruises on his whole body. Palestinians are subjected to various forms of torture during interrogation. In 2019, dozens of Palestinian detainees were subjected to extreme torture in Al-Mascobiyeh interrogation centre.

Despite the entrenched and absolute prohibition of torture under various international conventions, particularly under Article 5 of the Universal Declaration of Human Rights and Article 2(2) of the Convention against Torture, which Israel ratified on 3 October 1991, the Israeli apartheid regime's practices on the ground reflect a reality that stands in contrast with this non-derogable rule. The Israeli forces systematically put detainees under severe physical and psychological pressure, in many cases, as a means to extract confessions. This includes beatings, physical assault, sleep deprivation for prolonged hours, which often leads to the detainees' collapse, forcing the detainees into stressful positions for long periods and calling in their family members, and threatening to arrest and brutally interrogate them.

Although the Israeli High Court's 1999 ruling confirms the prohibition of the use of torture, however, it permitsthe practice of "moderate physical pressure" in cases of "necessity defence" as outlined in article 34(11) of the Israeli Penal Code of 1977. The necessity defence presents a serious loophole that allows the interrogation of a person suspected of possessing information on "military operations," thus providing a legal cover for Shabakinterrogators to practice impunity torture and cruel treatment against Palestinian prisoners. This ruling's gravity extends beyond legitimizing torture to broadening the definition of the "necessity defence."

In the absence of international accountability, Israel enjoys a culture of impunity that systematically subjects Palestinian detainees to numerous forms of torture and cruel, inhuman, and degrading treatment in attempts to coerce confessions and extract self-incrimination. These practices are grave violations of the Fourth Geneva Conventions and its additional protocol of 1977, as well as qualify as a war crime under Article 8 of the Rome Statute of the International Criminal Court. Accountability does not only fall on those who carry out the act directly but also on those who "fail to take all necessary and reasonable measures within his or her power to prevent or repress their commission or to submit the matter to the competent authorities for investigation and prosecution."[1] Through the International Criminal Court, a new phase of prosecution and legal accountability against those responsible for torture crimes is provided, allowing an opportunity to attain justice for Palestinian victims of torture.

In light of the above,Addameer Prisoner Support and Human Rights Association urges

-      The International Criminal CourtOffice of the Prosecutorto initiate its investigations into the Situation of Palestine for crimes against humanity and war crimes committed, including wilful killing, causing serious injury, and torture;

-      The United NationsCommittee Against Torture topressure Israel to adopt adequate criminal legislation to define and penalizetorture under Israeli domestic law;

-      Third States, including High Contracting Parties to the Fourth Geneva Convention, to take concrete measures to pressure Israel to halt its violations of international humanitarian and human rights law and to ensure an international investigation into all complaints of torture by Israeli forces, followed by effective accountability for those responsible and redress for victims;

-      The European Parliament to reconsider its parliamentary fact-finding mission, that includes members of its subcommitteeon Human Rights,to investigate the conditions of detention and interrogation of Palestinians detained by Israel.