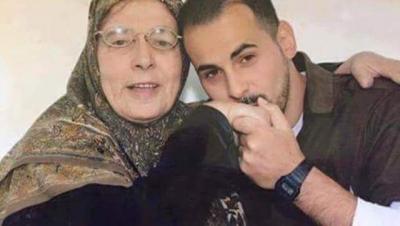 Addameer Prisoner Support and Human Rights Association announces the victory of hunger striking administrative detainee Bilal Kayed, who suspended his 71-day hunger strike after an agreement was reached between Addameer attorney Mahmoud Hassan and the military prosecution. The agreement stipulates that Mr. Kayed’s administrative detention will not be renewed further than 12 December 2016, his scheduled release date.

The intelligence initially proposed Mr. Kayed’s deportation outside of Palestine for four years, which was originally put forth as a non-negotiable term of his release. During the last hearing at the High Court (22 August 2016), the Israeli intelligence was adamant about this condition.  The modification of the proposed conditions followed a request by the High Court judge for the provision of further information by the intelligence regarding the secret information, as well as a medical report on his health situation.

Mr. Kayed was transferred to the Intensive Care Unit on Friday (19 August 2016) due to his refusal to take any vitamins or food supplements, particularly sugar and Vitamin B1. Mr. Kayed has suffered from blurred vision, difficulty breathing, difficulty in movement, severe pain in the chest, lower back, jaw, and kidney area pain, difficulty sleeping, drowsiness, and fatigue. Mr. Kayed will receive treatment until he is in a better health condition.

Addameer also affirms the significance of the case of Bilal Kayed, who served a sentence of 14 years and a half, and despite this, was placed under administrative detention on the grounds that he continued to pose a threat to the national security of the occupying state. This poses a dangerous policy with legal precedent. Addameer therefore calls upon international and human rights organizations, the Palestinian prisoners movement, as well as the international community to work towards ending the policy of administrative detention. The international community has a responsibility to ensure that the Israeli occupation implements international norms of human rights as well as humanitarian law, as well as to hold it accountable for its gross human rights violations and war crimes. The case of Bilal Kayed exemplifies how administrative detention is arbitrary detention which may amount to psychological torture and degrading treatment.

In closing, Addameer would like to express its sincere gratitude to all local and international solidarity activists who have taken to the streets expressing solidarity with Bilal Kayed and other hunger striking detainees. We would like to mention in particular representatives of the European Union and European counties that attended the court hearings, as well as members of the Greek, Icelandic, and Irish Parliaments who showed solidarity with Mr. Kayed and other Palestinian political prisoners during their visit to the occupied territories. Addameer would also like to thank the Joint List Party members, in particular Dr. Yousef Jabareen, Dr. Ahmad Al-Tibi, and Adv. Osama Al-Saadi who attended the hearings. Lastly, Addameer would also like to thank all Palestinian and international human rights organizations for their extraordinary work, namely, the Commission of Detainees and Ex-Detainees’ Affairs, the Prisoners’ Society, and Samidoun Prisoner Solidarity Network.

Addameer affirms that this is an open battle until the policy of administrative detention (detention without charge or trial) ends.  Thus, we urge all solidarity and human rights activists to continue their work in support of other detainees on hunger strike in protest of their detention without charge or trial, namely Mohammad Balboul, Mahmoud Balboul, Ayyad Al-Hreimeh, and Malek Al-Qadi.