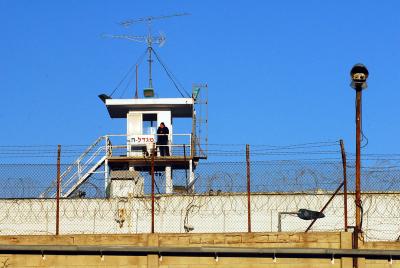 The UN Committee Against Torture reviewed the Israeli government on 2 - 4 May 2016, at the United Nations in Geneva. The committee had received several shadow reports on Israeli violations of the Convention Against Torture from at least ten NGOs, including Addameer – which highlighted policies including the systematic practice of torture and ill-treatment during arrest, interrogation, and detention by Israeli occupation forces, as well as the increasing use of administrative detention.

At the review session, Addameer raised concerns against the use of administrative detention – detention without charge or trial for indefinite periods based on secret information – which has been significantly escalating since October 2015. Addameer also argued that the use of administrative detention may constitute a form of psychological torture which may cause long-term depression and anxiety, due to the absence of trial or charge deemed the reason for the detention, the ability of Israeli authorities to renew the detention indefinitely, and the fact that an individual is unable to plan for future life prospects.

The Committee issued its concluding observations on Israel on 13 May 2016. The Committee calls on the Israeli government to: “Take the measures necessary to end the practice of administrative detention and ensure that all persons who are currently held in administrative detention are afforded all basic legal safeguards,” and to “[t]ake the measures necessary to repeal the Incarceration of Unlawful Combatants Law.” The Committee also included in its observation numerous issues that were highlighted by human rights organizations including excessive use of force and punitive home demolitions. The Committee also called for the return of the bodies of deceased Palestinians, which have been withheld by Israeli authorities.

The Committee addressed the escalating use of administrative detention against Palestinians, including children. The Committee stated in its report:

The Committee also called for an end to the claim of necessity defense as a justification for the widespread and systematic use of torture. In the report, the Committee underlined that torture is prohibited under the convention with no exceptions:

The Committee recalls that article 2 (2) of the Convention provides that the prohibition of torture is absolute and non-derogable and that no exceptional circumstances whatsoever may be invoked by a State party to justify acts of torture. In this respect, the Committee is concerned that the necessity defence, which is contained in Section 34 (11) of the Penal Law as a defence afforded to any defendant in criminal cases, has not been explicitly excluded for cases involving torture. (3)