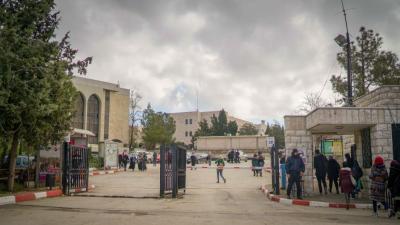 The designation of the Pole as an unlawful organization was issued under the Defence (Emergency) Regulations 1945, which were inherited by Israel following the end of British Mandatory rule in 1948. The Regulations, employed by Israel to control the Palestinian population, were initially used to target Palestinian citizens of Israel until martial law was lifted in 1996. [1]Similarly, the Regulations have been consistently and systematically used to suppress and silence opposition to Israeli practices and policies in the Occupied Palestinian Territory (OPT), including the occupation of the OPT, and the construction and maintenance of an institutionalized regime of racial domination and oppression, amounting to apartheid.

The intention of maintaining the apartheid regime is a core element of the definition of the crime of apartheid under the Rome Statute of the International Criminal Court. [2]Israel spearheads a protracted campaign of silencing, intimidation, smears, and de-legitimization in pursuit of this goal imposed through various policies including mass arbitrary detention, systematic torture, and other forms of ill-treatment against individuals or groups seeking to challenge its apartheid regime.

The targeting of the DPSP and its designation as ‘terrorist’ represents an attack by Israel on the right of Palestinian youth to freedom of association, expression, and to form student unions. The effort to delegitimize the Pole’s work comes in a broader context of continued and increased attacks on various voices that expose and challenge Israel’s systematic violations, including the voices of human rights defenders and voices from academic institutions, international organizations, and Palestinian civil society groups.

Palestinian youth and students have been persistently and systematically targeted as part of Israel’s protracted silencing campaign. In particular, students at Birzeit University have been subject to systematic attacks, raids on their campus,[3]arbitrary detention, and torture and ill-treatment, all of which serve Israel’s ultimate goal of maintaining its apartheid regime over the Palestinian people. During the 2019-2020 academic year at Birzeit University, the IOF have detained around 74 students.[4]Many of Birzeit’s students have also been subject to torture and ill-treatment.[5]In 2020, the IOF detained three female students with one of the charges being participation and affiliation with the DPSP. [6]On 25 October 2020, the DPSP launched a campaign on their Facebook page with the hashtag ‘Student Suspended’, which highlights the stories of more than 40 student detainees and prisoners from Birzeit University currently in Israeli prisons. [7]

The IOF’s systematic raids and harassment and arrest of Birzeit’s students are in violation of Israel’s obligation as an Occupying Power to protect educational institutions. [8]In addition, the IOF’s continuous attacks against Palestinian universities and students directly impede the latter’s right to education, as provided for in Article 26 of the Universal Declaration of Human Rights and Article 13 of the International Covenant on Economic, Social, and Cultural Rights (ICESR).

Student unions, in their role representing the voices of youth, are essential elements of a democratic society. In Palestinian society specifically, youth and student unions have contributed to the mobilization of popular resistance and transnational solidarity against Israel’s apartheid regime and towards social change. The Democratic Progressive Student Pole has a leading role with their aim to “form a democratic progressive student awareness in order to rebuild and unify the student movement so that it fulfills its union, political, cultural and social role at the university and national levels…against all forms of domination, class exploitation, and national, gender or religious oppression.” [9]

We strongly condemn Israel’s efforts to delegitimise and silence the voices of youth and student unions, in addition to all other attacks against voices that challenge its systematic and widespread attacks on the Palestinian people’s inalienable rights. As such, we call on the international community to fulfil their obligations under international law by immediately refraining from directly or indirectly contributing to or recognising the unlawful situation in Palestine and the domination and oppression of the Palestinian people. Third States must cooperate to bring the illegal situation to end including through international mechanisms such as the United Nations General Assembly and Human Rights Council, or by implementing effective sanctions against Israel until the inalienable rights of the Palestinian people are fulfilled and respected.

-     Al Haq Organization - Law in the Service of Mankind

-     Hurryyat – Center for Defense of Liberties and Civil Rights

The Palestinian Federation of Unions of University Professors and Employees (PFUUPE)

The Women’s Centre for Legal Aid and Counselling (WCLAC)

The Civic Coalition for Palestinian Rights in Jerusalem