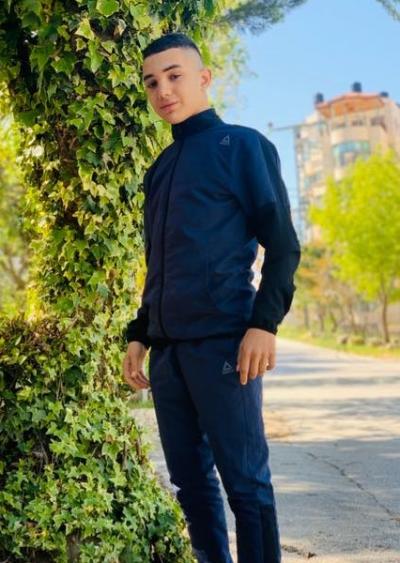 Call for the Immediate Release of Amal Nakhleh Website.pdf

On 21 January 2021, Amal Nakhleh was re-arrested from his home by the Israeli Occupation Forces and placed in administrative detention. Despite Amal’s young age and rare medical condition, which requires special medical care and constant monitoring of symptoms, Ofer military court confirmed his detention order on 24 January 2021 for the entire duration of six months, which was later reduced to four months. This decision comes less than two months after the Israeli military court of appeal confirmed Amal’s release after 40 days of incarceration, on 10 December 2020, due to his young age and physical and psychological health. Since his most recent arrest, Amal Nakhleh has been detained arbitrarily in Ofer Prison, located inside the Occupying Power’s territory, in violation of international humanitarian law.

Amal Nakhleh’s health conditions go beyond the condition of myasthenia gravis mandating regular medication and monitoring of symptoms, including a recent surgery removing a cancerous mass in his chest that left Amal with lasting side effects, including severe headaches and shortness of breath. Moreover, the severity of his detention, as a child detainee suffering from a multitude of health conditions, led to a communiqué on 25 February 2021 by several UN Human Rights experts and Special Rapporteurs expressing concern for Amal’s administrative detention and urging “all necessary interim measures be taken to halt the alleged violations and prevent their re-occurrence…[and] to ensure the accountability of any person responsible.” 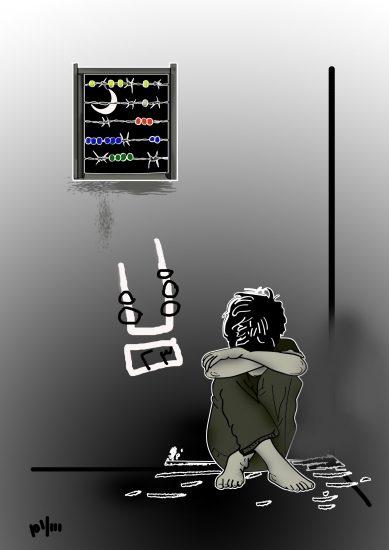 Nevertheless, on 4 May 2021, the Israeli military commander renewed Amal’s administrative detention order for an additional four months, based on “secret material” inaccessible for neither Amal nor his attorney. The confirmation hearing for the renewal, held on 20 May 2021, was further confirmed by a military judge on 24 May 2021. Addameer immediately appealed the decision the following day, on 25 May 2021. The motion had yet to be met with a response, leading Addameer to send a reminder on 15 June 2021 to schedule the appeal hearing. The hearing for the appeal on Amal’s renewed administrative detention is currently scheduled for 22 June 2021.

To compound upon the urgency of Amal’s case, a recent medical examination performed on Amal Nakhleh, following increasing complaints of shortness of breath, led to a chest X-ray revealing a retrosternal abnormality, indicating possible recurrence of a serious health implication. Notwithstanding the imminent threat, such a development poses to his health and the need for immediate diagnosis and potential treatment, the first appointment for the necessary CT chest scan given to Amal by the IPS is in August 2021. The date of the appointment stands in stark contrast to the strong recommendations of the examining physician, who recommended a CT scan of the chest “as soon as possible.” This specific case is emblematic of the larger phenomenon of deliberate medical neglect, amounting to ill-treatment and threat to life, by the IPS towards Palestinian prisoners and detainees.

Amal Nakhleh’s case highlights the Israeli apartheid regime’s systematic targeting of Palestinian children, demonstrating that no one is exempt from Israel’s arbitrary policy of administrative detention and deliberate medical neglect, not even vulnerable Palestinian children or when grave health conditions emerge. Furthermore, Palestinian children are not afforded the protection they are entitled to under many international conventions and treaties, particularly the Convention on the Rights of the Child, ratified by Israel in October 1991. Moreover, the Israeli occupation systematically and arbitrarily utilizes administrative detention while proceeding on the basis of “secret evidence,” inaccessible by the detainee nor their lawyer, undermining their right to a fair trial guaranteed under international human rights and humanitarian law.

Addameer Prisoner Support and Human Rights Association calls upon individuals and organizations to join Addameer’s call to #FreeAmalNakhleh by sending a letter via email or fax to the Israeli Central Command Israeli Intelligence Officer Naama Rosen Greenberg to call for the immediate release of child detainee Amal Nakhleh, an end to the arbitrary detention of Palestinian children, and an end to the systematic practice of administrative detention more broadly.