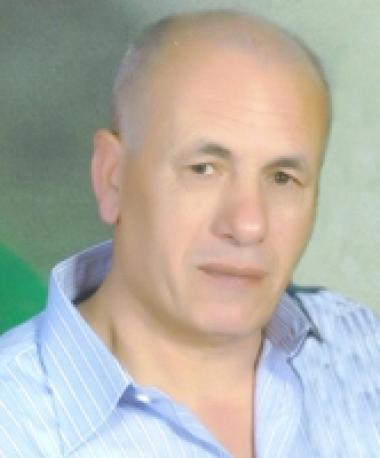 “Despite the physical siege inside the prison, a person can live as a free man if all means available were used to develop himself, a book being the most important mean.” Ali Jaradat

At 4:00AM, dozens of military vehicles raided Al Bireh city to arrest Jaradat

On 24/7/2016, Dozens of the occupation’s military vehicles surrounded Ali Jaradat’s home at 4:00 AM after raiding Al-Bireh city. Initially, a group of Israeli Occupation Forces raided the neighbor’s house, asked for their ID’s while another group surrounded Mr. Jaradat’s house. Mr. Jaradat’s youngest son, Basil, was surprised to see IOF sitting and standing on the balcony when he opened the door. The soldiers started interrogating Basil immediately and asking him about his name, age, his studies, if he throws rocks at soldiers if he participates in demonstrations…etc. They continued to hold him outside until they finished their questions. Then they raided the house, Mr. and Mrs. Jaradat woke up to find themselves surrounded by IOF. They did not need any explanation because it is a scene that they are used to and have been suffering from for years. The soldiers asked Mr. Jaradat for his ID, told him to bring his medicine, and arrested him. Mr. Jaradat said goodbye to his wife and son, however, he wasn’t able to say goodbye to his daughter and grandson, who has been his companion since the day he was born. His daughter, Saja, knew about her father’s arrest in the morning after going to her parent’s house and seeing all the destruction caused by  IOF in the area.

The arrests continue without a clear charge

Mr. Jaradat has been suffering from continuous arrest raids for years. He has been arrested several times and spent a total of 14 years in Israeli prisons and detention centers, 11 of which were under administrative detention orders, without charge or trial. Mr. Jaradat spent an approximate of 139 months under administrative detention orders based on a secret file that neither the detainee nor his lawyer can review, which prevents the attorney from defending the detainee and denies him from his right to fair trial.

Ali Jaradat is a journalist and an author from Saeer village in Hebron. He currently resides in Al-Bireh city. Mr. Jaradat is married to Mrs. Salwa Jaradat and has one daughter, Saja, who works at the Palestinian Development Fund and one son, Basil, who is a Sociology student at Birzeit University. Mr. Jaradat is also a grandparent to Hani, Saja’s four-year old son. Hani is his grandfather’s companion and doesn’t leave his sight.

This is Mr. Jaradat’s first arrest after Hani was born, which makes it harder for them as a family, Saja says, “ My father’s current arrest is different and much harder than all of his past arrests because it is the longest time we spent with him for years. We got used to him being around us, we were finally living a normal life as a normal family. We spent our whole childhood without our father because he was always targeted and detained by Israeli occupation forces, but in the last few years we got used to his presence and we depended on his role in our lives, as a father, a grandfather, a husband and a friend. In addition, my father is older now and his health condition does not allow him to endure detention conditions as before, especially after his health condition deteriorated during his last arrest, where he had an open-heart surgery inside the prison. Afterwards, he suffered from high blood pressure and diabetes. I cannot imagine my father in detention with his current health issues and his age.” Saja added “I couldn’t bear the idea of my father’s detention this time especially that my son is attached to him dearly and now he is always sad and cannot understand why he can’t be with his grandfather like he used to.”

As for Hani, the four-year old child, he learned at a young age how to take a stand. He decided not to speak to his grandfather saying, “No one told him to get arrested, I love him why did he leave me… why?” While when he first learned that his grandfather was arrested he said, “if the soldiers took Grandpa and put him in prison, why don’t we take the keys and take him back.”  For his part, Mr. Jaradat also feels that this is the hardest detention being away from his grandson. It makes him very sad that he cannot see Hani or talk to him or explain his absence, especially that he knows that Hani is very upset.

Mr. Jaradat’s family is not allowed to visit him based on “security reasons”. His wife, Mrs. Salwa, has been denied visitation rights for “security reasons” since her husband's first detention. His children used to visit him when they were underage accompanied by families of other prisoners since their mother couldn’t visit. However, they are denied visitation rights now and they are only allowed to see their father once every six months. Hani, who misses his grandfather and is eager to see him more than anyone, also cannot because according to the occupation authorities, he is not a first-degree relative and cannot visit him. In the meantime, Mr. Jaradat and his grandson can only see each other in photos.

The educational siege… a prison inside the prison

In this current detention, Mr. Jaradat and all of the prisoners are suffering from restrictions imposed on book entries. Nevertheless, the Israeli Prison Service wants to make sure that the detainees are under an educational siege that is as important as the arbitrary physical siege.

The court's claims vs. the detainee’s claims… the secret file rules

The Israeli occupation forces arrested Ali Jaradat from his home on 24/07/2016. A week after his arrest, the military commander issued a four-month administrative detention order against him. During the order’s confirmation hearing, the prosecution claimed that the detainee works in the media department of the PFLP and that he is affiliated with the same organization. However, the detainee stated that he is a journalist and a writer and that he publishes his opinions regarding different Palestinian, Israeli and international issues through different Palestinian media outlets. Mr. Jaradat added that his continuous arrests aim only to silence him. The judge refused the detainee’s statement and based his ruling on the secret file provided to him by the intelligence.

Later, the confirmation order was appealed by Addameer’s attorney. However, the Appeal Court rejected the appeal claiming that the detainee returned to his activities within the PFLP and that the arrest was a result of his background and affiliation with the PFLP, not based on his work as a journalist.