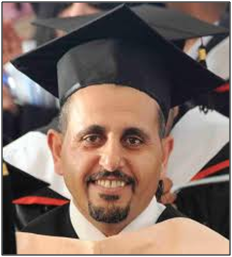 On 3 October 2019, Israeli Occupation Forces (IOF) broke into Hanatsha’s house late at night, overturned everything inside the house, and terrorized his family. The IOF beat Hanatsha and then transferred him to Al-Moskobiyeh Detention and Interrogation Centre in Jerusalem where he was subject to 60 days of interrogation.

Hanatsha was harshly beaten on the face and legs causing him to collapse multiple times only to be forced upright and beaten again. Moreover, he was beaten on the face while blindfolded. The interrogators harshly beat Hanatsha on the chest using their fingertips. They also kicked his legs using their knees and boots. The interrogation was punctuated by many stress positions, including a posture where Hanatsha's hands were tied behind his back and chained to a table behind him. The chain binding his hands to the table was continuously shortened to put pressure on the shoulders. The interrogators forced Hanatsha to sit on a stool, making sure his body stayed in place while an interrogator sat on Hanatsha’s knees and pushed his chest backwards to put even more pressure on the shoulders. Another interrogator would pull on Hanatsha’s arms while two others forcefully grabbed his face and jostled him around using his neck and jaw.

The interrogators devised another stress position against the detainee. They tied his hands behind his back, forcing him to stand with his back against the wall and his knees bent at a 45-degree angle. Two interrogators stood on each side and push on his shoulders to make sure he stayed in that posture. In another position, Hanatsha was forced to lie on his back on the ground with his hands tied behind his back. One interrogator sat on his chest, dug his knees into Hanatsha’s shoulders, forcefully grabbed the collar of the detainee’s shirt, and start shaking and choking him. Another interrogator sat on Hanatsha’s knees to immobilise him completely as other interrogators gathered in a half-circle above his head to shout and swear at him. Sometimes, two of them tugged at his face and move it backwards or to the sides.

Moreover, Hanatsha was forced into the banana stress position. His legs bound to the chair, he had to sit on the chair sideways. His hands were shackled to the underside of the chair and then the interrogators would push his chest backwards until his body forms an arch. Holding this body for prolonged periods in this angle caused great damage and pain in the abdominal muscles. Whenever the detainee collapsed, the blanket on the floor or the knees of the interrogator sitting behind him caught his fall.

In all these stress positions, Hanatsha would often fall unconscious and the interrogators would splash his face with water to keep him conscious. The interrogators also used their hands to rip the hair on Hanatsha’s scalp and beard bruising his neck and forehead, causing him to bleed.

The physical torture that Hanatsha endured left lasting scars and bruises all over his body. To this day, Hanatsha still feels agonizing pain in his legs and suffers the effects of the brutal torture he endured over the course of 63 days on his body.

In addition, Israeli interrogators tormented Hanatsha mentally by threatening to arrest his family members and to demolish his house. After calling in Mays Hanatsha, the detainee’s daughter, for an interview at Ofer Prison, she was arrested and transferred to Al-Moskobiyeh Detention and Interrogation Centre where she was held for three days. During her incarceration, Israeli interrogators made sure that Hanatsha could see his daughter in the interrogation chamber to drain his will.

“I visited the military court for the first time after Waleed’s detainment. As soon as I entered the hall at Ofer, I looked around for him. I couldn’t recognize him at first glance because of how much his features have changed after the brutal torture he endured… ten seconds, and then I heard his voice calling to me ‘Bayan… I’m here”.

Right after his detainment, an order banning Hanatsha from meeting with his lawyer was issued and renewed multiple times by the Israeli interrogators and the head of the interrogation centre at Al-Moskobiyeh. After 30 days of such isolation, the military judge issued more orders against Hanatsha making the total of days he spent without a visit from his lawyer reach 45 days. Addameer lawyers filed two petitions to the Israeli High Court against these orders but were dismissed both times.

His lawyers also lodged many appeals against the extension of Hanatsha’s detention, but they were all overruled. The dismissal of all the petitions and appeals that were lodged by Addameer lawyers shows the complementary roles of the interrogators and judges in covering up the Israeli violations against Hanatsha. The detainee was brutally tortured without being allowed to meet with his lawyer who would have documented the effects of torture. Even though the military judges had full knowledge of Hanatsha’s health status and could observe the physical signs of torture on his body, they were still adamant in their dismissal of the appeals.

On 12 December 2019, the Israeli Occupation Authorities brought charges against Hanatsha that include planning and participation in military operations. Hanatsha is still detained awaiting his trial.

Hanatsha and Bayan got married in 1994, and they have two daughters— Mays 23 and Malak 12 . Hanatsha’s constant detainment deprived the family of sharing their most cherished moments together. His current arrest was the hardest on the family who had to endure the radio silence for 45 days before Hanatsha’s lawyers were allowed contact with him. Seeing the photographs documenting the effects of torture and beating on Hanatsha’s body took a huge toll on the family. Then, the family received the Israeli authorities’ order to demolish their house. Despite the family’s protests against the order, the Israeli occupation authorities dismissed all protests and proceeded with the order. On 5 March 2020, the Israeli occupation authorities demolished the walls of the family house in al-Tira neighbourhood using iron hammers.

“You’re always bound to lose something in life, but losing the home you lived for your whole life means losing all the memories, laughter, tears, and each joy and sorrow you have ever experienced there”