Erzeiqat was arrested from her home in Tafouh village at 2:00 a.m., where a female soldier searched, shackled, and blindfolded Suad before transporting her to Kiryat Arba settlement near Hebron. Suad was then taken to a room  (that she described looked like a kitchen) where she was kept until 6:00am. Though her blindfold was removed, she remained shackled throughout the night.  Afterwards, she was taken to Etzion detention center where she was for an hour, shackled and blindfolded. She was then led to a deserted building and taken to a room inside where she was told to defecate.  Erzeiqat refused and described feeling terrified of the room and her surroundings. She was not able to go to the bathroom until later that night.

Occupation forces finally transported Erzeiqat to Ramleh “NeveTertzia” at 8:00 p.m., where they kept her in isolation for 14 days under incredibly inhumane conditions: Erzeiqat’s cell was extremely cold, with nothing but a moldy worn-out mattress and a yoga mat covered in plastic. IPS did not provide Erzeiqat with cleaning supplies, soap, or toilet paper, denying her the ability to maintain her personal hygiene throughout her time in Ramleh. In addition to the very bad food quality in the prison, her only source of water was the bathroom tap. A female soldier strip-searched Suad a number of time a day despite the very cold weather. Erzeiqat began developing skin problems and soon her body was covered with blisters and pimples due to the moldy mattress and filthy cell conditions. A doctor did examine her once and gave her a topical cream. However, when an Addameer lawyer visited her at Damon prison on 25/1/2016,  her skin condition was not improving.

This is Erzeiqat’s second arrest. Occupation forces had previously arrested her in 2008 giving her a 14-month sentence based on claims that she was in contact with ‘hostile groups’.  She was not released until 2010.

The occupation’s military commander issued a second administrative detention order against Suad for four months starting from 2/4/2016 until 1/8/2016 claiming that she imposed a threat to the security of the state. This order followed Erzeiqat’s completion of the first administrative detention period, also for four months starting from 3/12/2015 and ending on 2/4/2016.

Occupation courts held a hearing to confirm the detention order on 3/4/2016. At the hearing, the judge claimed that Erzeiqat is a member of Hamas and that she poses a great threat to the security of the state. Erzeiqat’s lawyer stated that she was originally arrested because of things she posted on her Facebook page and argued that her completing four months in administrative detention was more than enough. The lawyer iterated that Erzeiqat did not pose any sort of danger whatsoever and demanded her immediate release or at least a reduction in her administrative detention period  so that Erzeiqat could spend the holidays with her family.

After reviewing Suad’s file, the judge ruled that Erzeiqat did indeed pose a threat to public security; that there was information revealing so, but that it must remained classified due to its dangerously sensitive contents, therefore refusing to elaborate or state any of the details publicly. Yet the judge also ruled to reduce the detention period to about three months (to end in 5/7/2016) so that Erzeiqat could spend Ramadan and Eid with her family. It’s worth mentioning that her lawyer had filed an appeal to the occupation’s High Court against holding Erzeiqat under administrative detention.

The decision of the military judge highlights the arbitrary nature of administrative detention and the outright cooperation of the judicial system with intelligence forces. The judge’s contradictory decision makes it clear that the claimed classified information was fabricated pretext to keep Erzeiqat in detention; the military court should have simply released her instead of reducing the order period.

Erzeiqat’s family consists of her mother, four brothers, and four sisters. IPS issued a permit allowing her mother to visit her only once.  However, most of Suad’s family members are not allowed to visit her because their permit applications are continuously rejected for “security reasons”.

UPDATE: Suad Erzeiqat was released after her administrative detention on 5/7/2016. 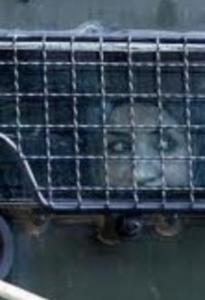 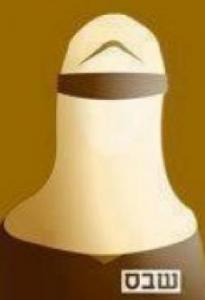