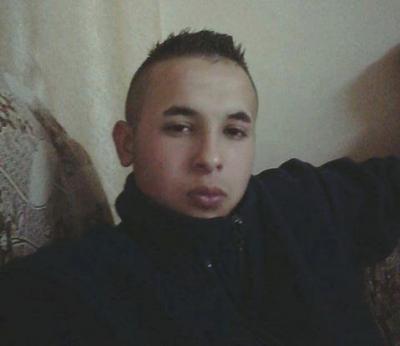 40 soldiers to arrest a child

Nour’s mother woke up to the sound of banging on their door in Anata village near Jerusalem. She opened it to find the house surrounded by more than 40 soldiers and military vehicles. 15 soldiers and an officer insisted on entering their home, telling her that they came to arrest her 16 year-old son Nour.

The officer demanded that Nour come with them, bringing his ID and computer. His mother hurried to wake up his sisters so that they could see him before the arrest. The officer separated Nour from his family and put him in another room for questioning. The separation was undertaken despite his mother’s continuous demands to be in the same room as her child while he was to be questioned. The soldiers forced her to wait in the living room with her daughters and husband, and listen to the soldiers and officers yelling and threatening her son. This went on for ten minutes, during which Nour was told that he was going to be arrested for incitement on Facebook.

The raid and questioning lasted for 45 minutes. After which the IOF blindfolded Nour, shackled his hands behind his back, and took him without informing the family about his destination or the reason behind the arrest. Only eight hours later was his mother told that he had been taken to Ofer prison.

Nour has four siblings, one older brother and three sisters. His oldest sister, Alaa’ (24 years old), gave birth to her first born while Nour was in prison. His brother, Baraa (20 years old) is currently being detained by the Palestinian Authority, and his two little sisters, Shayma (15) and Israa (13), are both middle school students. Nour’s mother has only been able to visit her child once since his arrest, and his father has been denied visitation rights for “security reasons”.

Nour’s arrest has placed a great amount of stress on the whole family, with the youngest two girls struggling at school as a result. Nour’s mother emphasized that the greatest stress in this situation is that which is placed about Nour himself. He has spoken about how difficult it has been without his family, missing Ramadan, and how much he wishes to see his new nephew. He spoke about how the five past months have gone by without his mother’s hugs, his father’s advice, playing with his sisters, and, most importantly, his basic freedom.

Nour is being held in Ofer prison with hundreds of Palestinian children who are being continuously denied the right to education, being with their families, and planning for their future. Each day inside the prison forces them to grow up before their time, depriving them of a childhood. Instead, they are forced to live between four walls, monitored by guards and interrogators, and taken back and forth for court hearings.

Following his arrest, Nour was subjected to 11 days of interrogation at Ofer prison. A list of charges were issued against him, including incitement on Facebook. In his first hearing the judge decided to release him on 4000 NIS bail, but the prosecution insisted on detaining him. As a result, a four-month administrative detention order was issued against him. The initial period was to be from 13/04/2017 to 2/08/2017.

It is claimed that Nour is a security threat. Even though the judge agreed with the defense that the charges leveled against him don’t result in his being a ‘security threat’, the order was issued nonetheless. The judge decided to reduce the order’s period to two months, taking into consideration that the detainee is a child. This decision was successfully appealed, meaning no special consideration was given to Nour’s status as a child and he will serve out the full four months.

On 2/8/2017, when the order ended, the prosecution renewed it for additional three months (which will end on 1/11/2017). According to them, Nour still constitutes a security threat.  His defense lawyer demanded his release on 1/9/2017, so that he could be with his family for the Eid holidays. However, the judge stated that after reviewing the material he believes that Nour should continue to be held under administrative detention. The judge added that he was reluctant before issuing his decision because the detainee is a child but, despite his concern, the order was renewed.

Nour was previously arrested twice during 2016; and each detention lasted for one week under the claims of incitement.

Nour’s case is testament to the fact that the occupation does not differentiate between a child and an adult, and does not take into consideration the psychological and physical effects of detention on children. The occupation forces do not only detain children and sentence them to spend months or years in prison, but also resort to administrative detention when they don’t have enough evidence to try the child. This clearly shows that the intention of the occupation is to intimidate children, affect their awareness and thinking, and intervene with their intellectual, cultural and even social development by isolating them from their surroundings and their families.

It is clear that the occupation forces continue to detain Nour out of sense of retribution, since it is the case that his brother allegedly attempted to stab an Israeli. Considering that no evidence was presented indicating that Nour is a threat, his imprisonment thus represents an act of collective punishment against the family. Nour is currently the youngest administrative detainee held in Israeli prisons.

No childhood under occupation

Nour’s case isn’t unique. The occupation forces have been targeting Palestinian children continuously since 1967. The occupation’s policy of terrorizing Palestinian children is clear. Asserting dominance and control over children early is a clear strategy of control. The thinking goes that, if a child understands the consequences of political action, they will be less likely to undertake any such activity in the future.

The child is arrested as an adult, in night time raids, detained, interrogated, potentially tortured, and imprisoned for at the very least 3 months if not years.

The children’s age and needs are never taken into consideration, disregarding all laws and conventions that protect children and their rights.

Nour is supposed to be released on 1/11/2017, if the prosecution does not seek to extend the administrative detention period again. He anxiously waits to know if this will be the date where he is reunited with his family. No one, especially not a child, should be held under such conditions of uncertainty. Nour is simply one of 320 children, living the same experience.