On Wednesday, 2/3/2016, Israeli Occupation Forces (IOF) arrested the child Mohammad Amarneh from his house in Ya’bad village, near Jenin after a big number of soldiers raided the neighborhood. During the raid, IOF ransacked the houses of Mohammad’s uncles before arriving to his house. They broke the doors of Mohammad’s house and the family woke up to Israeli soldiers surrounding their bedrooms. The soldiers immediately entered Mohammad’s bedroom and shackled him after identifying him. They took him outside the house without allowing him to change his clothes despite his mother’s demands to let him wear a jacket because it was very cold outside.

Mohammad was initially taken to Huwara detention center near Nablus. He was later taken to Salem detention center where interrogation began and lasted for 39 hours. Mohammad was accused of writing a post on Facebook that includes incitement against the occupation security forces. Mohammad denied all of the accusations and confirmed that he does not have a Facebook account and that the page that was shown to him by the interrogator is not his.Mohammad had a hearing at Salem Military Court where the military prosecution failed to present any clear charges against him. Therefore, the judge gave the prosecution 72 hours to present the court with charges against him or he will be released. During that time, Mohammad was transferred to Megiddo prison. On 14/3/2016, the military commander of the area issued a three-month administrative detention order against him.

After reviewing the secret material, the judge confirmed that Mohammad “poses a threat, and he performed some activities of military nature against the security of the state. The judge also stated that the secret file requires Mohammad’s detention despite the fact that he is underage. In addition, the security situation in the region was one of the reasons behind putting Mohammad under administrative detention.”

The Fourth Geneva Convention and other international human rights conventions guaranteed prisoners the right to a fair trial and only allowed the use of administrative detention in special circumstances and as an alternative for actual trial, which emphasizes the fact that the use of administrative detention by the occupation forces is arbitrary, violates international norms and amounts to a war crime.

Mohammad’s family consists of his father, mother, two sisters and two brothers. Mohammad is a Tawjihi (High school diploma) student. He was hoping to finish high school and start University by the end of this year. However, his arrest will deny him the opportunity to complete his final examinations, which enable him to pass the general secondary stage on time and apply to universities. Mohammad’s administrative detention order ends by the time his classmates have completed more than half of the exams, which will force him to retake a full school year, if his his administrative detention order doesn’t get renewed. 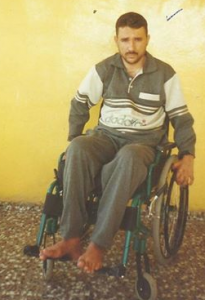 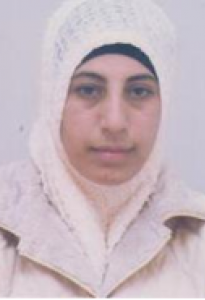