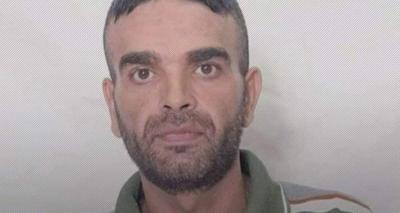 Abu Diyak was arrested on 17 July 2002, two of his friends were killed during his arrest and another injured. After his arrest, he went through intensive interrogation at the Jalameh interrogation center where he was subjected to various types of physical and psychological torture. During the interrogation period, he was transferred to the hospital three times as a result of the torture and after each time the Israeli occupation forces brought Sami Abu Diyak directly from the hospital to the interrogation rooms once again. After 75 days of this intensive interrogation and torture, the military occupation court sentenced Sami Abu Diyak to three life sentences and 30 years in prison. He has served 17 years, many of them being transferred in and between prisons, clinics, and hospitals.

In 2015, Sami Abu Deyak was in Rimon Prison when he began suffering from abdominal pain. The prison clinic gave him painkillers without properly diagnosing him, and two weeks later Sami lost consciousness and was transferred to Soroka hospital. In the hospital, he had a surgery to remove his appendix. Two days after the operation, and within 48 hours, Sami was transferred five times between Ramlah prison clinic and Soroka hospital without being diagnosed while suffering from constant pain. He was transferred to Assaf Harofeh Hospital for the sixth time. When he entered the hospital, they performed an operation and removed 30 cm of his intestines and diagnosed him with cancer. While in Assaf Harofeh Hospital, he underwent four operations and stayed for four months. His critical medical condition was exacerbated by the wrong diagnosis and appendectomy he was given at Soroka Hospital, and he went into a coma for 34 days. Sami was transferred to Ramlah Prison Clinic where he began chemotherapy and continued treatment for 8 months. After these 8 months, he was transferred back to Rimon Prison. In 2017, Sami began to feel pain again and was taken back to Ramlah Prison Clinic. After some tests, it was found that there was a cancerous mass in his stomach. In the past two weeks, Sami was transferred once to Assaf Harofeh and then transferred back to al-Ramlah Prison Clinic which lacks the adequate standards of health care.

With Sami’s death, the number of withheld bodies of Palestinian prisoners becomes five out of 51 Palestinian bodies since 2015. Those five prisoners have died inside Israeli prisons Aziz Ewisat, Faris Baroud, Nassar Taqatqa, Bassam al-Sayeh and today Sami Abu Diyak. On 8 September 2019, the Israeli High Court approved the Israeli policy of withholding Palestinian bodies, despite the decision this policy have a long history in the occupied Palestinian territory.[1]

Medical negligence has become a systematic Israeli policy used against Palestinian prisoners which should force international bodies including the ICRC and WHO to pressure towards holding the Israeli occupying authorities accountable to their crimes.