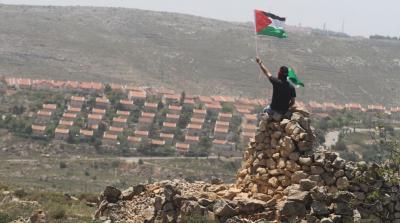 The Palestinian Human Rights Organizations Council (PHROC) strongly condemns the Israeli Knesset’s passage of the “Regularization Law,” which legalizes 4,000 housing units in 55 colonial outposts, built on private Palestinian land. While Israel’s appropriation of Palestinian land has been a cornerstone of government policy since the beginning of the occupation in 1967, the law is another brazen tool for Israel to confiscate privately held and registered Palestinian property for its illegal settlement enterprise.

Members of Israel’s governing Likud party, including Miri Regev, Israel’s Culture and Sport Minister, stated that the passage of the law was “a historic move” toward annexing the West Bank. She stated, “[t]his is the first step towards complete regulation, namely, applying Israeli sovereignty over Judea and Samaria.”[1] Before the bill was passed into law, Naftali Bennett, leader of the Jewish Home (HabayitHayehudi) party and Israel’s Education Minister, considered it as "[a] first step away from the two-state solution towards annexing the West Bank and practicing sovereignty over land but not its inhabitants."[2] The Jewish Home party has also introduced another controversial bill that would annex the illegal colonial bloc of Ma’aleAdumim and the area referred to as E1, which is currently home to over 8,000 Bedouins who are under threat of forced transfer.[3] Such statements and actions reflect Israel’s overarching and systematic policies aimed at colonizing and illegally annexing the Occupied Palestinian territory (OPT), in violation of international law.

This law comes after the United Nations Security Council passed Resolution 2334 (2106), reiterating that the establishment of settlements by Israel in the OPT, including East Jerusalem, “has no legal validity and constitutes a flagrant violation of international law.” The Resolution also called upon Israel to “immediately and completely cease all settlement activities in the occupied Palestinian territory, including East Jerusalem.” Rather than comply with the resolution, Israel approved the construction of 6,000 new housing units in the OPT immediately following its passing.

PHROC and others have repeatedly called upon the international community to abide by their international obligations and hold Israel accountable for its continuous violations of international law. We reiterate this call and urge the UN and third states to act immediately by imposing sanctions against Israel and taking all measures within their control to ensure the protection of fundamental Palestinian rights. After 50-years of occupation and as Israel’s actions become increasingly brazen, the world should no longer turn a blind eye to Israel’s colonization of Palestine and its impact on Palestinian lives.

[3] Notably, this law was passed against the backdrop of an unprecedented demolition campaign by Israeli forces in East Jerusalem and Area C, resulting in the forced displacement of thousands of Palestinians. More specifically, during 2016, Israel demolished 575 Palestinian structures displacing 1,681 people.