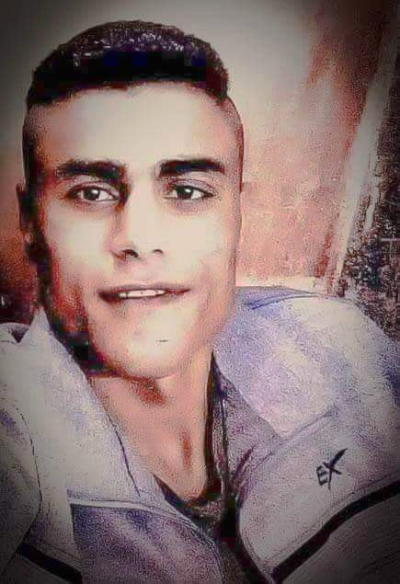 Addameer Prisoner Support and Human Rights Association holds the occupation responsible for the death of prisoner Mohammad Zegrlool al Khateeb al Rimawi (24 years old) from Beit Reyma, in Ramallah governate. Following his arrest this morning, he was severely beaten by occupation soldiers and special forces to the point of passing out. There is a distinct necessity to investigate the circumstances of his death.

According to information collected by Addameer’s documentation unit, from the victim’s brother. At around 4 in the morning, Israeli special forces entered the house. Following their arrival, a larger number of regular soldiers arrived as back up. After removing the door to the house, the soldiers attacked the individual’s mother and brought the members of the family into one part of the house. This included the mother, the father and three sons. The soldiers took Mohammad into a separate room, where he was beaten into an unconscious state. He was taken away from the house while in such a state, and taken to an unknown location. After two hours, his family was informed of their son’s death. It was added that the dead had been shot in the leg two years ago during clashes in the village.

This case represents a continuation of the occupation’s policy of utilizing excessive force in the arrest of Palestinians. Additionally, this excessive force, in the case of killing, amounts to the unlawful killing of a civilian population. These actions enjoy full immunity and support by the political, judicial, and security arms of the occupying state.

Mohammad’s death is a direct result of such excessive use of force against civilians, in contravention to international human rights and humanitarian law. It is the case that in this instance, al Rimawi did not constitute a real or direct threat meaning that resorting to deadly force constitutes an extrajudicial killing. This is in contrary with the status of the occupied population as ‘protected person’.

Addameer calls on the Secretary-General of the United Nations, Mr. Antonio Guterres , to form a commission of inquiry into unlawful killings perpetrated by the occupation forces. Additionally, Addameer urges the formation of an inquiry into the treatment, including the systematic utilization of torture, and conditions of prisoners held in the occupation prisons.

By allowing continued impunity for the occupying state, the international community sends the message that its violations against the Palestinian people can continue indefinitely without consequence. It asserts that, in fact, the occupation is above international legal standards.

Since 1967, there have been 217 prisoners who have died while under the custody of the occupation. 78 of these where murdered, 7 were killed by gunshots while in prison, 59 were killed due to medical negligence, and 73 died as a result of torture.

Additionally, 111 Palestinian prisoners have been killed since 3 October 1991, the date on which the occupation signed and ratified the Convention against Torture. This figure includes 56 individuals who were killed following arrest, 32 who died of medical neglect, and 23 who died due to torture while under interrogation.