On the International Day in Support of Victims of Torture, Addameer highlights systematic abuses by Israeli forces 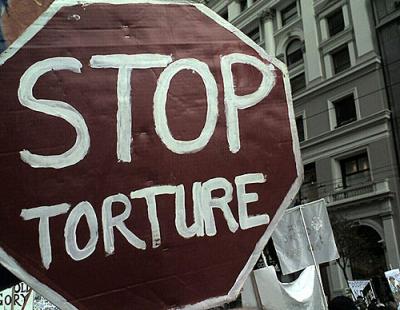 26/06/2017- On International Day to Support Victims of Torture, Addameer Prisoner Support and Human Rights Association highlights the continued forms of physical and psychological torture of Palestinian prisoners and detainees by Israeli forces. Occupation authorities practice torture and ill-treatment in a systematic manner, in contravention with international law, which prohibits physical and psychological torture. Human rights conventions, including the Convention Against Torture, to which Israeli is a signatory, as well as the Fourth Geneva Convention, prohibit the use of torture with no exceptions.

On the occasion of the International Day in Support of Victims of Torture, the Palestinians prisoners’ issue has a special importance. Since 1967, 73 Palestinian prisoners and detainees have died as a result of torture in Israeli detention during interrogation. The latest case is Arafat Jaradat, who died on 23 February 2013 as a result of torture during interrogation. Commissioned Forensic Pathology expert Dr. Sebnem Korur Fincanci, found that “Arafat Jaradat was severely beaten while in detention, resulting in Acute Respiratory Distress Syndrome, which caused his death in Israeli custody on 23 February 2013.”[1]  Despite this, up to date, no Israeli official has been charged for Jaradat’s death.

Palestinian prisoners are often subjected to both psychological and physical torture during interrogation. Under military detention, interrogation can last for up to 75 days and where lawyer visits can be denied for the first 60 days. The forms of torture and ill-treatment employed against Palestinian prisoners include: prolonged isolation from the outside world; inhuman detention conditions; excessive use of blindfolds and handcuffs; slapping and kicking; sleep deprivation; denial of food and water for extended periods of time; denial of access to toilets; denial of access to showers or change of clothes for days or weeks; exposure to extreme cold or heat; position abuse; yelling and exposure to loud noises;  insults and cursing; arresting family members or alleging that family members have been arrested; sexual abuse; slaps, kicks and blows; and violent shaking.

Confessions extracted through these illegal practices are then admissible in court. These policies are in direct contravention of international law, including Article 2(1) of the United Nations Convention against Torture (CAT), ratified by Israel on 3 October 1991, which requires any State Party to prevent the use of torture and associated practices. On this day, Addameer underlines the fact that there are 6200 Palestinian political prisoners who continue to suffer from systematic intentional torture and ill-treatment.

Addameer hereby calls upon the Secretary General of the United Nations António Guterres to pressure Israel to implement its obligations according to international law, and to allow UN Special Rapporteurs and the UN Committee Against Torture to visit the prisons and detention centers – in order to monitor and investigate the conditions and allegations of torture.

Addameer also calls upon the United Nations and individual state parties to call upon the ICC to investigate the crime of torture and ill-treatment committed systematically against Palestinian prisoners and detainees.

[1] The Public Committee Against Torture and Al-Haq, 04 April 2014. “Leading International Forensic Pathologist: Palestinian Detainee Arafat Jaradat Was Tortured, Which Led To His Death In Israeli Custody”. Available at http://www.alhaq.org/advocacy/topics/right-to-life-and-body-integrity/794-joint-press-statement-the-public-committee-against-torture-in-israel-and-al-haq