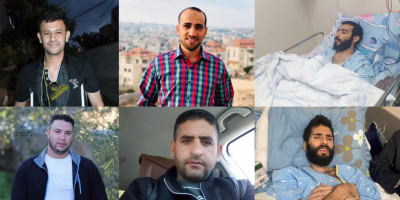 24-01-2023
Commemorating the International Day of Education by Highlighting the Reality of the Right to Education for Palestinian Political Prisoners
03-12-2022
PHROC Staunchly Supports the UN General Assembly Request for an International Court of Justice Advisory Opinion on the Consequences of Israel’s Prolonged Occupation of Palestine
14-12-2022
Urgent Appeal to Commercial Airlines: Avoid Assisting in the Forcible Deportation & Transfer of Human Rights Defender Salah Hamouri
متوفر باللغة العربية